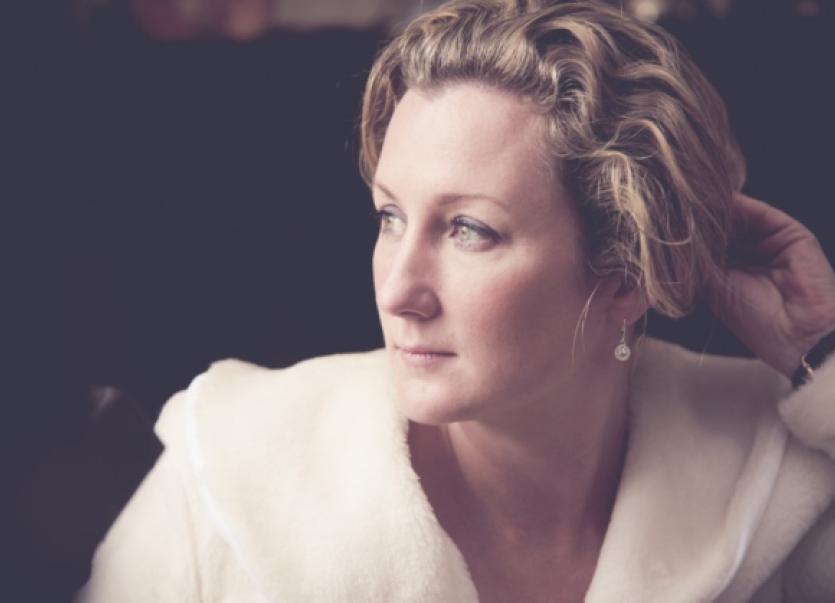 A yellow belly from Wexford, I studied singing with Dr. Veronica Dunne and have a BA from Trinity College Dublin.

A yellow belly from Wexford, I studied singing with Dr. Veronica Dunne and have a BA from Trinity College Dublin.

I continued my post-graduate studies at The Royal Academy of Music, in London, where I graduated with distinction in 2000. Today, I specialise in both Classical and Musical Theatre. My first professional role was Rose, in Kurt Wells’s One Touch of Venus at The Royal Opera House, Covent Garden and subsequently; Carmen, La Boheme and Così Fan Tutte at The Royal Festival Hall. I, then, began to work in The West End in Musical Theatre. Here, I performed for five years in the smash-hit musical Wicked, The Phantom of the Opera, by Andrew Lloyd Webber, Mamma Mia and Disney’s Beauty and the Beast.

Given a little record player as I child I have always loved music and singing ever since.

I joined the Co. Wexford School of Music children’s Choir when I was nine and have been singing ever since. My Uncle Pat is a professional musician and many of his children are extremely talented players. We always sang at parties and even in the car on long journeys. My parents were very supportive of my musical ambitions and always encouraged me to follow my dreams. They were very insistent on me acquiring qualifications along the way and made sure I had a degree and post-grad. I, then, went to London, to seek out a career in The West End and I am glad to say, I made it.

Today, I run my own production company called West End Stars and I produce all my own shows and concerts.

I toured with my one-woman show A Date With Doris last February and was delighted to bring the show to The National Concert Hall, Cork Opera House and all around Ireland. I was on The Mooney Show (RTÉ Radio 1), sang for Dáithí Ó Sé and Maura Derrane on the Today Show (RTÉ 1). We have just released Christmas By Candlelight. This is the album which we are touring at the moment. I love Christmas and Christmas music, so it was a labour of love to produce this album. It has some traditional Christmas hymns, such as O Holy Night, Silent Night and of course The Wexford Carol. My husband is a singer and guitarist, so we decided to team up on a jazzy rendition of Baby It’s Cold Outside. I am delighted that Pete is coming on tour with me and will be performing with Robert and I at Friars’ Gate Theatre this month, when we hope to warm-up our audience with some beautiful Christmas music and plenty of festive cheer.

Piano and keyboard player Robert Scott is flying over from The West End to be our musical director, for all eleven dates around Ireland.

Robert is the Musical Supervisor of The West End and International production of Singin in the Rain and is currently in Japan with the Japanese production of the show. He has been to Ireland many times, including with White Christmas and Peter Pan at The Bord Gáis Energy Theatre. He is, also, my partner in crime on the one-woman show A Date With Doris featuring the songs of Doris Day, which toured Ireland earlier this year.

When you are in a big West End Show, it is very difficult to take any time off.

The life of a professional musician is best suited to a person with a very resilient personality. You have to be dedicated, passionate, hard-working and ever-optimistic. You, also, have to be willing to make many sacrifices and to decide if music is enough of a reward for you after everything else a musical profession can throw at you. I don’t paint a very glamorous picture of the professional singer’s life, for my students. If they want it enough, they will do it - no matter what. For myself I can only say that I couldn’t not do music although sometimes, I wish that I could.

If you are rehearsing a big show and performing at night, the days are very long and you must give it your all.

Rejection, at auditions, criticism in the reviews and directors who may not be all that complementary about your performance are all part of the job. You have to take it all on the chin and still go out and do your best. The profession is talent-saturated and there are very few jobs. You have to fight to get into a show and work your socks off to stay there. However, the buzz and the adrenaline-rush of performing in Wicked at The Victoria Apollo in London, or playing the lead role in Mamma Mia at the Point Theatre in Dublin, is like getting on a rocket to the moon. It is truly amazing.

It is wonderful for the soul to have music in your life.

When I am not touring, I teach at Co. Wexford School of Music and I am very keen to teach children musicianship, at an early age. You can read all sorts of studies which show the advantages of music to a child’s early development in terms of language skills, reasoning, spatial awareness, creative thinking and problem-solving. Also, there are great benefits, for older children from playing an instrument or being part of a musical group or orchestra: Team-work, goal setting, increased confidence, sense of achievement, and self-expression. The list is vast. So, the benefits of having music in your life are undeniable and everyone should have a go. If you are bitten by the bug, then, you will dedicate your life to it. There is great comradery in theatre. There is nothing like the buzz of dancing, singing your socks off and hearing the corresponding roar of the crowd!

Aileen Donohoe will be touring Ireland with her new show Christmas By Candlelight which plays at Friars’ Gate Theatre, Kilmallock on December 10. For more information please see: www.aileendonohoe.com and www.adatewithdoris.com