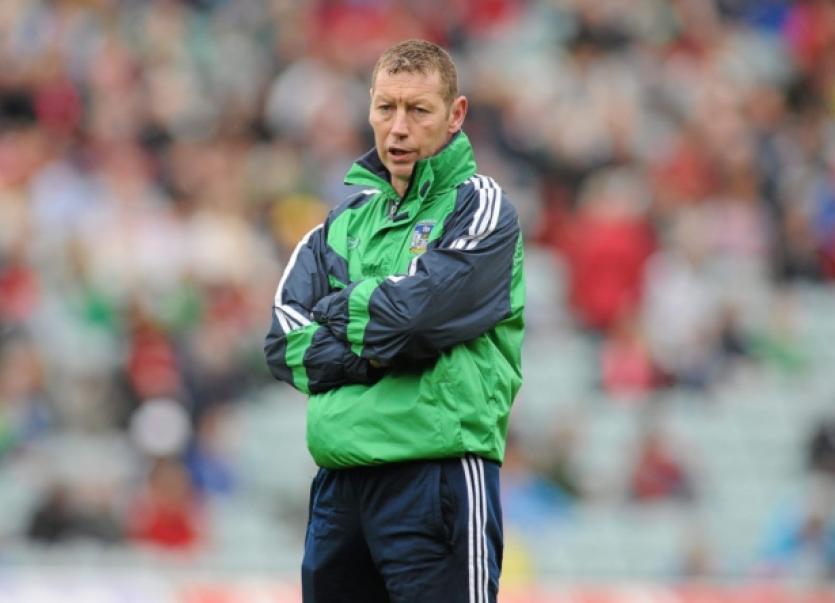 Martin Kiely talks to Ciaran Carey who is very disappointed with the way he was treated following his year in charge of the Limerick U-21 hurling team.

Martin Kiely talks to Ciaran Carey who is very disappointed with the way he was treated following his year in charge of the Limerick U-21 hurling team.

Former Limerick hurling star Ciaran Carey raised some very interesting questions last week as a result of the way he was treated by the County Board during the review of his one-year term as manager of the Limerick U-21 team.

Carey has given outstanding service to Limerick as a player and some would say he was one of the best hurlers we produced. It appears that this counted for little when the top table of the Limerick County Board sat down and so his time as manager came to a swift end.

Like many before him Ciaran Carey must have known that your deeds on the pitch don’t carry much weight when your time is up. The main focus of Carey’s comments had to do with respect, how little was shown to him and how the whole review was a bit of joke. It was well known that John Kiely was the chosen one and as expected he wanted a clear field before he would let his name go forward.

Calling Carey into what was a sham review was in poor taste but others in the past have suffered the same fate. One would have to wonder does it have to be this way? Instead it’s done under the counter and while that’s the way of the County Board it offers such little respect to people that have given outstanding service wearing the green and white of Limerick.

What troubled Ciaran Carey most was the way the matter was handled having recently sat down with the County Board, said Carey. “It was a positive meeting but prior to the meeting there was a rumour going around that John Kiely’s name was mentioned for the U-21 job. The following day I got it through a very reliable source that John Kiely was already in place. So with that I phoned the Chairman, Oliver Mann my own clubman’ and I said ‘Oliver, is there any truth in relation to John Kiely?’

“I just wanted a bit of confirmation and clarity around it. Oliver reassured me that there was no truth in it, he wasn’t put in place. He said ‘If he was I’d phone you, Ciaran’. Then lo and behold, surprise, surprise, there was never a phonecall”.

Ciaran Carey gave great service to Limerick but the process at which John Kiely’s name was arrived at has angered him, “From my point of view there is a bit of a pattern here in Limerick in relation to this. There is an awful lot of people that are hurt around this presently, including myself, my family, my kids and the backroom team that I had.

“The one big thing that you would expect for giving 17 years service to Limerick senior hurling team and putting your body on the line for that length of time, basically, is a bit of respect and a bit more honesty. I am highlighting this to expose them really for what they truly are. Enough is enough. It’s gone on too long and they need to be challenged and they need to be told that you can’t treat past players, past managers or human beings in actual fact like that.

“Brian Ryan is a winning manager and did they give any thoughts as to what it must have been like for him, his family and indeed my family. No, they just keep treating people with a real lack of respect.”

The former Patrickswell player was disappointed not to be returned as U-21 manager but the manner in which it handled upset him most of all. The Limerick County Board have been down this road so many times in the past that they could write a thesis on it. It shows a lack of decency and honesty that they cannot sit down with people that have served Limerick with great pride. Why is that the case? Why do they continue to do their business in this way?