‘We brought circuses and wild animals to the council chamber’ 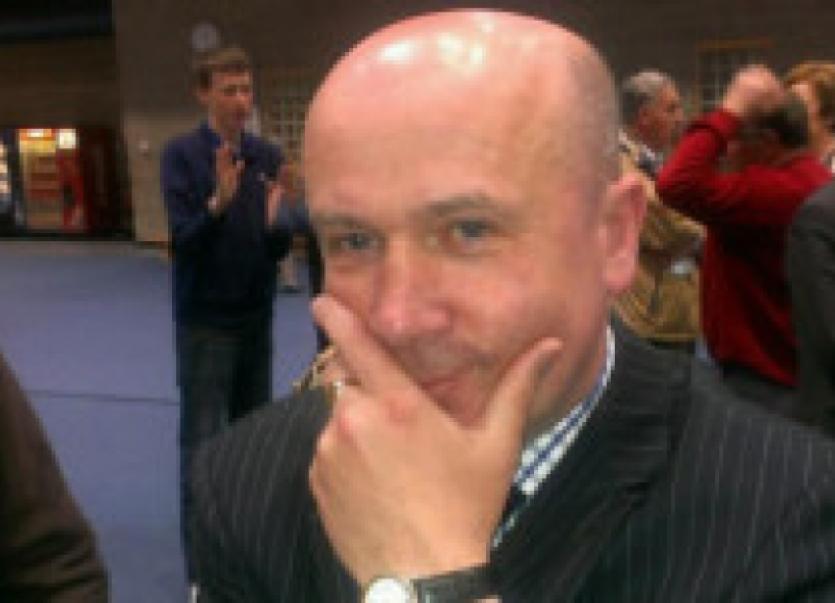 TWO items listed on the agenda for the first business meeting of the joint local authority focused on circuses and Children at Play signs.

TWO items listed on the agenda for the first business meeting of the joint local authority focused on circuses and Children at Play signs.

Neither item was discussed on the day - but the meeting brought more than its fair share of antics this Monday afternoon.

“It was the worst display from a council meeting that I have attended in the 11 years that I have been involved.” Cllr Galvin added.

The 10-page agenda listed 30 topics up for discussion – from the minutes of previous meetings, financial statements, a resolution to vary the local property tax, standing orders, conferences, questions, notices of motion, and correspondence.

The meeting started on time at 3pm and by 5pm, the councillors – many of them new to the county chamber – were still on item 3 C, the raising of a loan.

The next item on the agenda was the hot topic of a change to the basic rate of the local property tax.

Closing on 5.30pm, Cllr Michael Collins sought a 15-minute adjournment to discuss what was heard in the report on the matter which was presented by the head of finance, Tom Gilligan.

The cathaoirleach, Kevin Sheahan, asked for a proposer to allow for an extension of time from 5.30pm until 6.30. Standing orders state that the meetings will run until 5.30pm. The council may, however, by resolution on the motion of a member, extend the duration of the meeting to complete the agenda.

The meeting was then adjourned for 15 minutes to discuss the property tax issue. Fifteen minutes however ran into 25 minutes, and then the meeting got under way again.

The majority of the next 35 minutes was spent discussing when a special meeting would be called to come to a decision on the reduction of the local property tax. Cathaoirleach Sheahan called the meeting for Tuesday. However, concerns were raised that it was leaving things very tight as that is deadline day for the decision on the matter. Friday then was mooted but Cllr Michael Collins pointed out that it didn’t suit him as he has a family wedding to attend.

Thursday was then suggested to the councillors by the cathaoirleach, prompting Cllr John Sheahan to remark: “You are hardly going to go around the room and ask how everyone is fixed!”

“We need to make a decision because this looks fairly poor,” the cathaoirleach acknowledged.

Eventually, after more huffing puffing than the wolf in the children’s story The Three Little Pigs, the meeting was adjourned until next Tuesday at 3pm.

“The agenda was too heavy and that was always going to create a problem,” commented Cllr Bill O’Donnell following the meeting.

“There is obviously a new dynamic in the council with regard to the increase in numbers of members. Naturally enough, a lot of new faces want to have to their say on issues.”

The Bruff-based councillor said: “We will definitely have to have another look at standing orders.While it does provide for a speaking limit of three minutes per member – if all 40 members speak on any particular issue then that takes you into two hours. We will have to look at speaking time on the basis of what they have in the Dail whereby parties, technical groups and Independents are allocated speaking times.”

Cllr O’Donnell suggests that if a party or group is taking a position on a certain issue then only one or two people will speak on that issue. “We also tend to speak an awful lot on matters that are merely for noting. People are tending to voice their opinion on matters that are not going to change in any event.

“I have always been of the opinion that pound for pound, we tend to speak an awful lot more than most groups.

“You can’t stop someone from having their say but at the end of the day it’s all about logistics and we will have to look at allocated speaking times - similar to what they have in most parliaments. I have seen it throughout the world because anywhere I go on holidays, I always try to make my way down to the local council to see what way they do it.”