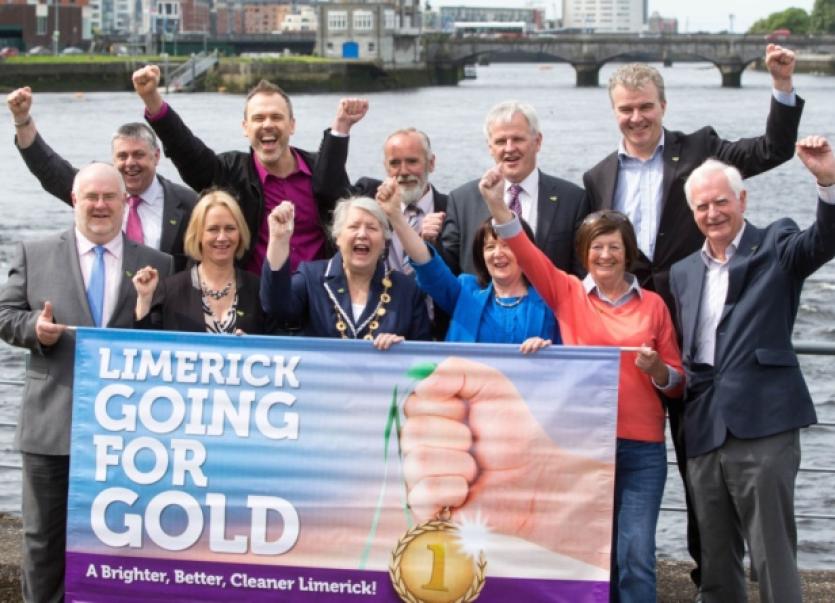 THE deadline for receipt of applications in three of the Going for Gold categories has been extended until mid-way through August.

THE deadline for receipt of applications in three of the Going for Gold categories has been extended until mid-way through August.

City and County Council has announced that the deadline for receipt of applications and nominations for the Individual Merit Award, Community Challenge and Most Beautiful Front Garden categories have been extended to Friday, August 15.

The annual campaign, which this year features a prize fund of €52,500, encourages businesses, community groups and individuals to improve their areas.

While entries to three of the four Limerick Going For Gold categories are to remain open for another four weeks, the Tidy Towns category has already closed with groups scheduled to begin their live Going for Gold interviews on Live 95FM’s Limerick Today show next Monday.

Listeners to the programme will nominate one finalist each week over the next five weeks with a sixth finalist being put forward by Going for Gold judges.

Going for Gold organisers have announced a number of changes to this year’s campaign including the introduction of a trophy for the Community Challenge category, which was won last year by the South Limerick City Residents Association.

Director of services for the environment at the council Kieran Lehane said: “Going for Gold showcases the commitment and motivation of local communities to improving their local areas and making Limerick a cleaner, brighter place to work, live and visit. The campaign also complements the national Tidy Towns competition and encourages active citizenship.”

He encouraged residents associations, groups and individuals across Limerick to get involved and apply.

He also thanked the JP McManus charity foundation for its financial backing, as well as the Limerick Leader, which is the print media partner of the initiative.

For more information, and to enter the Going for Gold initiative in the categories still open, please contact Limerick City Hall at 061-407100.