With thousands of miles on the clock, Limerick bus driver does his last school run 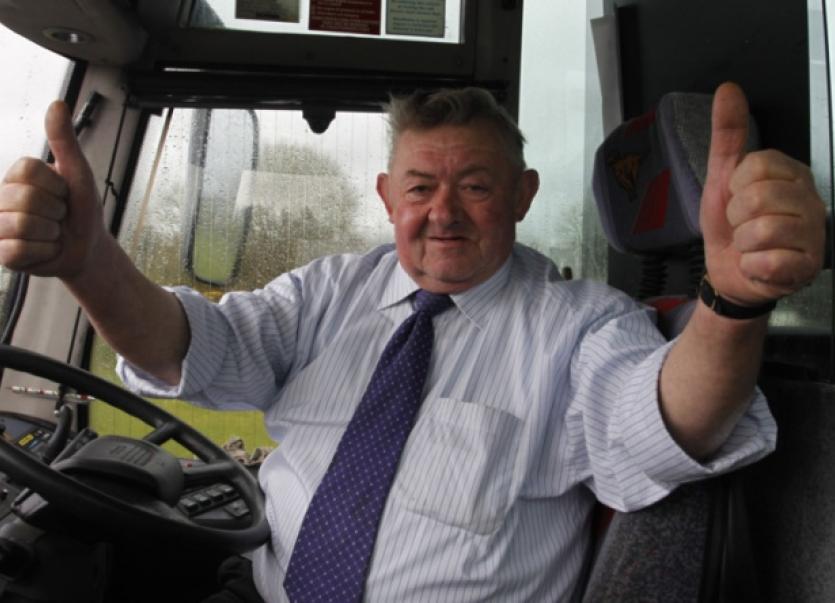 AFTER 44 years and thousands upon thousands of miles on the clock, bus driver Tommy Lane has completed his final school run.

AFTER 44 years and thousands upon thousands of miles on the clock, bus driver Tommy Lane has completed his final school run.

The 70-year-old Ballylanders man has been navigating the highroads and byroads of southeast Limerick ever since he took his first young passengers to the technical school in Mitchelstown some four decades ago.

“The years slipped away, day by day,” said Tommy this week, as he reflected on a cherished career which saw huge changes in terms of engineering, technology, safety and infrastructure.

“When we started, we had no power steering, nothing at all only elbow grease,” Tommy smiled of the buses of the early 1970s.

“There was a big crowd on the buses in the early days. They would be filled to the brim.”

As the years went on, developments in technology saw big improvements in the buses.

“They are more modern and easier to drive. They are all fitted with seatbelts now and only so many are allowed on the bus.”

Although the mode of transport has improved, the roads, Tommy says, leave a lot to be desired.

“There are potholes and bushes hitting us all the time.”

While Tommy – a resident of Main Street, Ballylanders – doesn’t mind leaving behind the bad roads, he will miss the children and their banter, dearly.

“I always got on well with the youngsters, I never got tired of it. We had the craic – the odd disagreement too but that’s all part of it,” he smiled.

“I will miss it. It was great to keep me in line - I would have to get up in the morning and be there for the evening.”

In the latter years of his career, Tommy had two school runs - to Glenbrohane national school and Scoil Pol secondary school in Kilfinane.

“I would do Kilfinane first and then Glenbrohane, and bring them home again.”

Tommy started driving buses at the age of 26 with Bus Eireann Cork.

“I want to thank all the people in Bus Eireann who were all very good workers and very nice to me. I want to thank the principal in Glenbrohane national school, Lisa Power, all the teachers, the pupils and parents who gave me a big send off.” Tommy is married to Nellie; they have three sons, Stephen, Kevin and Dermot and six grandchildren.

“We will find plenty of jobs for him to keep him busy,” smiled Nellie of her newly retired husband.