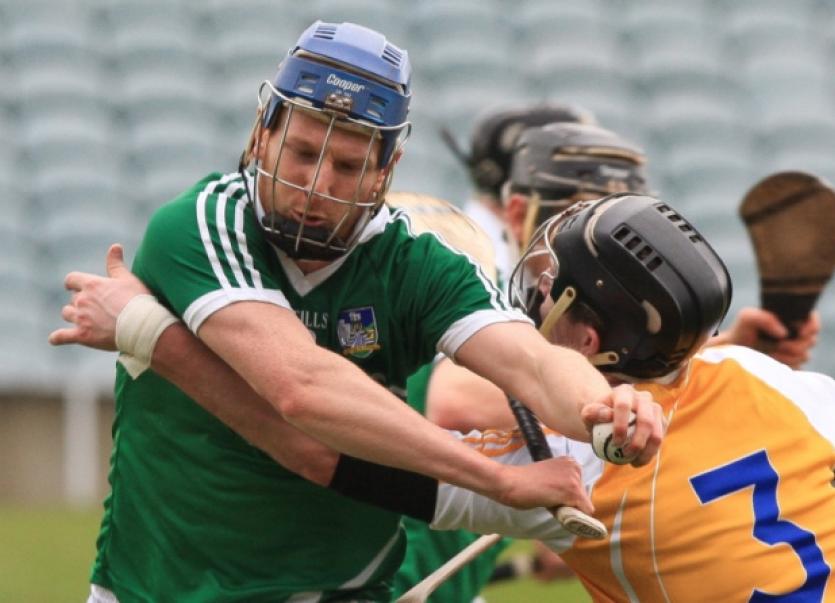 In his weekly Limerick Leader GAA column, Martin Kiely looks back on Limerick’s win over Antrim.

In his weekly Limerick Leader GAA column, Martin Kiely looks back on Limerick’s win over Antrim.

With two rounds of the National Hurling League played Limerick are in a good position and the scoring difference at this stage suggests they are strong favourites to advance to Division 1 hurling next year.

They played Antrim last Sunday in the Gaelic Grounds and the opening 35 minutes of this game were pretty forgettable from a quality point of view. Limerick were poor despite leading by five points at halftime. They were sluggish going to the ball and didn’t express the sort of desire the supporters would expect of them. Limerick did start the game well and led by four points and Antrim were still scoreless.

Limerick were in command and it was surprising they lost the grip in the game for a ten minute spell, Antrim started to win some ball around midfield and overall the standard of their play improved. Conor Allis was on free taker duty and he was sharp in this regard. Limerick’s play in the first half lacked bite, they seemed to be just going through the motions and their body language left many supporters wondering as they discussed the game at halftime. Donal O’Grady wasn’t short of expressing his views to the players on the field during that first half and I am pretty sure he wasn’t short of words in the dressing room at halftime either.

Games such as these allow the opportunity to use the panel and this of course has to be taken because for the past few years the players on the panel have not been developed and that will stunt their long term progress but it’s good to see some players getting the chance and this must continue in forthcoming games.

Limerick have matters in their own control now and they must press on and make sure they grasp with both hands the opportunity of playing hurling in the higher division next year. Cork had only seven points to spare against Laois and that will be to Limerick’s advantage but Wexford are on top of the group and will come to Limerick with full points from their games so far. That Wexford game should be very interesting and is part of a double header which takes place at the Gaelic Grounds on March 9.

The second half of last Sunday’s game saw Limerick lift their performance a fair bit and they needed to, Antrim had got the opening two scores and that left just four points between the teams but Limerick hit the next six points in a row. Thomas O’Brien, just back on the panel, came more into the game and hit a couple of nice points, this lad has more to offer and must be given a fair crack of the whip to prove himself.

The same could be said of Thomas Ryan. The South Liberties man has had a very good season with UL and while he scored two points last Sunday he played some very good games for UL in defence. I think he is better facing the ball and has the ability to carry with great speed. Limerick led by 0-18 to 0-8 just after the third quarter and they were now well in control but when David Reidy scored Limerick’s first goal it more or less ended the game as a contest.

Antrim now looked a disjointed outfit and they lost their shape all over the field, Limerick now started to express themselves and they had the space to do so. Sean Tobin added another goal three minutes later and it now became target practice for Limerick. Thomas Ryan did well to win a scrappy ball and he put his fellow club man William Hickey in a good position and to his credit he showed a bit of craft in the way that he finished the ball to the net. It’s hard to take too much from last Sunday’s game, it was a game of two halves and once Limerick gained control in the second they had the skill level to brush the tame Antrim challenge away.

It does however build a bit of confidence in the team and winning will also help develop new players. There is little doubt that Limerick has a lot to do and I feel there are many places up for grabs. Some hard choices will have to be made as there are gaps in defence and also the attack will have to function more as a unit. What we have seen in the two games to date is that some players are finding it very hard to win their own ball.

Inter county hurling will now find out the players who are looking for cheap ball and they will be exploited by better teams. Time on the ball is now limited at the highest level and the ball has to be put in the hand with the first touch or catch.