Patricia Feehily: New jobs scheme is a ‘gateway’ to starvation 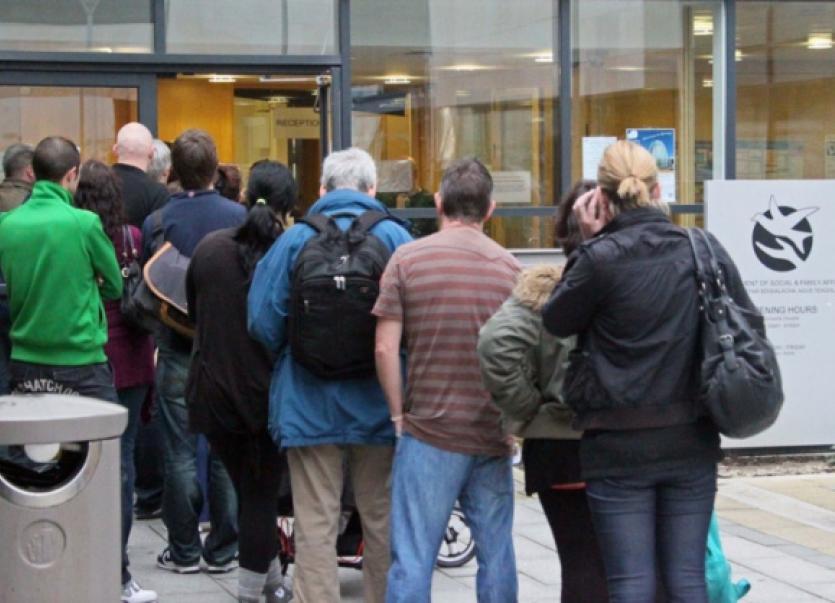 WHO was the genius who came up with the latest back to work initiative ‘Gateways’? It sounds almost too idyllic to be part of the Cultural Revolution, but I have a funny feeling that’s what it is. Otherwise how could the Government get away with paying unemployed people a euro an hour on top of a pathetic dole payment to work a 19.5 hour week? Gateways, my eye! Maybe they should have called it ‘Gulags’ and at least we’d be under no illusions then.

WHO was the genius who came up with the latest back to work initiative ‘Gateways’? It sounds almost too idyllic to be part of the Cultural Revolution, but I have a funny feeling that’s what it is. Otherwise how could the Government get away with paying unemployed people a euro an hour on top of a pathetic dole payment to work a 19.5 hour week? Gateways, my eye! Maybe they should have called it ‘Gulags’ and at least we’d be under no illusions then.

Anyhow, I’m not going to quibble too much, because I’m beginning to think that my subversive elements have been noticed and I suspect that I might be under surveillance. Also, this initiative by the Department of Social Protection is being hailed by everyone as the explosive force needed to get work shy malingerers off their behinds on the live register and into slave labour jobs in the County Councils. If they don’t co-operate, they’ll lose their dole benefits and starve to death. But if they do co-operate, they’ll lose their dignity working in pretend jobs for an extra euro an hour, bonded for 22 months. To be honest with you, I really don’t know which is worse. But I do know that by the time they’ve finished paying travel costs to ‘work’, they’ll have nothing left for food and they’ll starve to death anyway.

Already, over 800 long term unemployed have been earmarked for this work re-education programme with Dublin’s Local Authorities. Presumably, their attitudes to work will be changed forever and obviously they won’t be allowed rest on their shovels. Otherwise, IBEC will be livid. On the other hand, it’s my guess that the demoralising nature of the whole experience will turn many of them off work forever.

Anyway, it’s only a matter of time before the ‘Gaters’ are manning the drains and parks of Limerick, and directing visitors to various centres of culture and antiquity in the city. In case you’re wondering, I have no hang-ups myself about so called menial work. I’d have no problem raking the leaves in the People’s Park if I wasn’t forced to do it and if I was accorded the dignity of a just wage for the task. The first work I was ever paid for was picking potatoes for a neighbour when I was ten. After an hour of back- breaking labour, he gave me half a crown, which to me was a fortune. Afterwards, someone informed me that he paid me to get rid of me because I was leaving half the spuds in the ground. That didn’t matter. The money made me feel appreciated. What I can’t understand about Gateways, however, is why social welfare recipients are being compelled to take part in the scheme with such an insulting recompense for their labours. I hope they won’t be expected to present a happy face to the public as well, over having had the good fortune to escape from the live register. But surely there’s more to job creation than making the live register figures look better?

What I find most amazing however is the revelation that the unions in the local authorities have co-operated fully with this farcical job creation scheme which sounds even more disingenuous than the notorious Job Bridge. They are happy apparently, with the assurance that no permanent Local Authority worker will be displaced by a ‘Gater’. I thought trade unionism was all about fraternity and solidarity and upholding the rights of all workers. Not any more, it seems!

Even more disgusting is the fact that the media and the country in general couldn’t give a toss about how the long term unemployed are treated. They suspect every dole recipient of being a shirker and they openly resent the pittance job-seekers get from the State to keep body and soul together. You’d never think we were a Welfare State they way we have so ardently espoused the philosophy of the neo- liberals.

Last week when Gateways was being launched with much fanfare, the people who will be forced to walk through the gates were mostly silent. They had nobody to speak for them either. We were all too busy indulging our delusions of grandeur about state institutions being bugged and spied upon.

Anyone would think we had a secret nuclear arms programme under wraps the way we went on. Anyone would think too that the long term unemployed are the authors of their own misfortunes, rather than being the unhappy victims of a country’s greed and avarice.

No doubt some lucky participants will discover the gateway to opportunity, but most of them will be no better off 22 months down the road than they were when they first stepped through the gate. But at least the live register won’t look so bloody intimidating, and Local Government - although they won’t like to be reminded of it - will be wallowing in the fruits of slave labour.

But I have a better idea for Gateways. Scrap the Local Elections in May. Give the Council seats to the long term unemployed and give them a fraction of the salaries and expenses paid to the previous occupiers, and everyone will be happy. They’ll have to pay someone to rake the leaves and clear the drains, but that’s the way the market works, isn’t it?