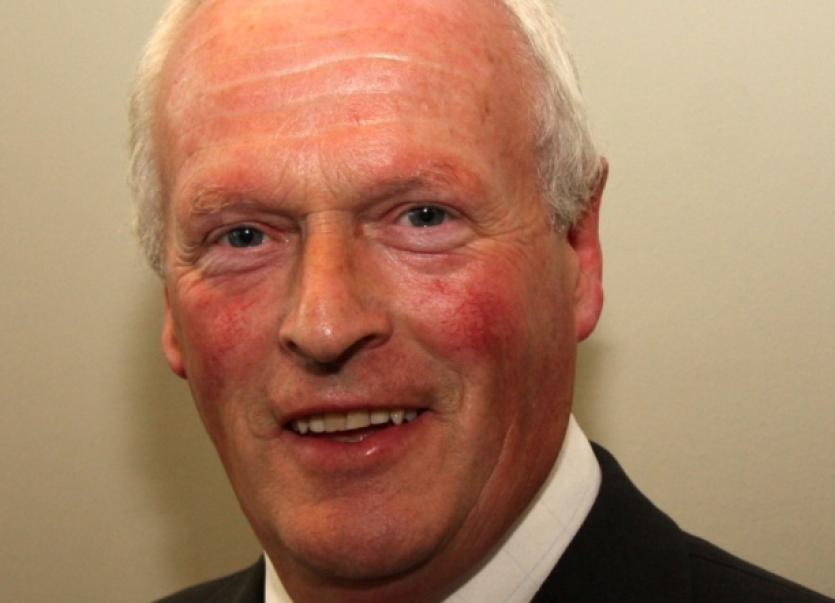 “GREAT upset” was caused when a poster wishing a GAA player and her Tipperary team ‘good luck’ had to be removed after a complaint was made when it was erected inside the Limerick border.

“GREAT upset” was caused when a poster wishing a GAA player and her Tipperary team ‘good luck’ had to be removed after a complaint was made when it was erected inside the Limerick border.

At a meeting of Limerick County Council this week, councillors heard how road staff from Kilmallock had to travel 17 miles to remove the sign which was erected in Galbally.

Speaking to the Leader following the meeting, Cllr Eddie Ryan from Galbally said the situation arose when a sign was erected wishing a player and her team good luck in a big game.

The player in question, he explained, is from Galbally but played football with Aherlow in County Tipperary and also played intercounty football with Tipperary.

“They put up a poster on our side of the county wishing the player and her county team well in a big game,” Cllr Ryan explained.

“The sign went up in Knockanebrack, Galbally, County Limerick. Our hard-pressed road staff in Kilmallock travelled 17 miles to take it down. That’s a waste of taxpayer’s money but they had to do it – it was on foot of a complaint,” he said.

According to Cllr Ryan, the complaint and removal of the sign a number of years ago caused “great upset” .

“The borders are interlinked – it’s like Charleville (Cork) and Effin (Limerick) – you would be in one and out of the other without knowing it. We are the one parish and they are interlinked. It did cause great upset - I can assure you of that,” he said.

Cllr Ryan made the statements during a discussion on a motion tabled by Cllr Pat C Fitzgerald calling on the Minister for the Environment, Community and Local Government to introduce revised legislation to regulate the display of posters concerning community, commercial, and political announcements “as the existing legislation is not sufficient”.

“The display of posters which has been an ongoing issue over many years is an issue which I have taken a special interest in. I fell foul myself for displaying commercial posters on a major County Limerick road some years ago,” said the Croom-based councillor.

Cllr Fitzgerald said it would not be his intention to restrict the display of temporary commercial displays.

“The display of community announcements such as festivals, bingos, and parish events are part and parcel of the community and social life. They are part of communicating business, entertainment and political events,” he said.

“I am asking Limerick County Council to act impartially with regard to the displays of political posters especially regarding the content and font size of the information being included in the display,” he said.

Cllr Fitzgerald said the issue was pertinent with the local elections around the corner.

“With a local election that will be held in May, I would be asking that political parties agree that consideration would be given with regard to how the posters are displayed to reduce confusion and aggravation if candidates are to display posters in high density.”

Cllr Kevin Sheahan said that once you pass the boundary line into the city “there is a complete change of policy evident regarding postering. I compliment the City Council for the manner in which they allow their ratepayers to advertise and I can’t say the same for ourselves,” he said

Cllr Fitzgerald said he had no issue with community or commercial signs as he is a community campaigner all his life.

He said that he wanted to ensure that it won’t be “a free for all” in the run up to the elections.