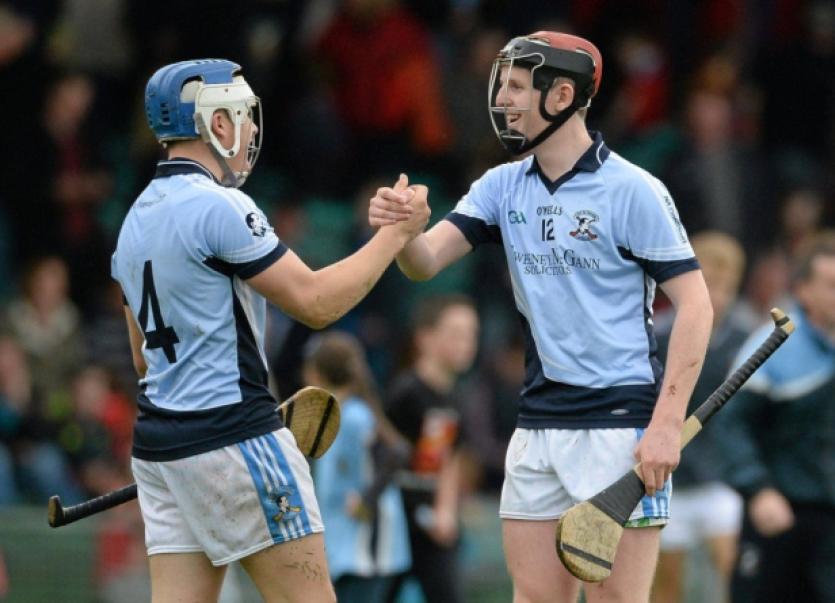 In this week’s column, Martin Kiely looks back on the Limerick senior hurling final between Adare and Na Piarsaigh.

In this week’s column, Martin Kiely looks back on the Limerick senior hurling final between Adare and Na Piarsaigh.

It never reached the heights we expected, in fact for long stages it matched the grey dull overcast weather conditions that prevailed for almost the entire game.

County Finals, by their very nature, are so often like this, the pride of the parish is at stake and somehow teams often fail to produce their displays in games such as this. From early morning the conditions didn’t look great and when I got to the Gaelic Grounds it had depreciated even further.

The heavy mist from early morning made underfoot conditions difficult and overall it played a part in spoiling the contest. Both Adare and Na Piarsaigh are experienced teams, some of the players were heading out into their first final but they had won a lot at underage and were conditioned to days like last Sunday.

We didn’t have much hurling quality in the match but it was a battle from start to finish. Every ball was contested and despite carrying the underdog tag into the game Adare did battle until the final whistle. Hindsight is a great virtue and it’s easy to be wise but if honest the Adare management made a couple of unusual calls in their team selection that never really worked and might well have played a part in them losing the game.

We had a lot of stop start hurling in this game and at times it was hard watching. Adare had problems all year with their defence and we didn’t have to wait long for this problem to surface in this game.

Na Piarsaigh pulled their forwards out and wide and it left Adare vulnerable in the full backline. With only ten minutes gone in the game Na Piarsaigh had raced into the lead of five to one. During this time they should have punished Adare even more. Over the next five minutes Adare started to compose themselves somewhat.

John Fitzgibbon was now starting to win ball at midfield and overall the team was starting to hurl with a bit of passion. Up to this they had stood back from Na Piarsaigh and allowed them run at them. Conor Fitzgerald had scored a badly needed point and when Declan Hannon stood over a penalty after Willie Griffin had been fouled we expected him to hit the target.

It never happened, he never got under it and his effort was pushed out for a 65 which the same player also missed. A goal at that time might well have had a huge bearing on the game.

Na Piarsaigh were now starting to fumble a lot of ball, they found it hard to catch and also when it went to ground they presented the one hand pick up which was futile in such conditions.

Adare had three points in a row and one man was making a telling impact for them. Diarmuid Sexton was playing well, he scored, he worked very hard and he was making ground against the Na Piarsaigh half backline that was now starting to cough up ball. Both teams had some very bad wides and despite leading by three points at half time Na Piarsaigh would have been far from pleased with their return.

During this championship Adare have always left it to the second half to do their hurling and that was very much the case in this game. They rallied somewhat and had the game level three minutes shy of the third quarter at eight points each. Declan Hannon had scored his fourth point from a free and John Fitzgibbon had two great points in a row. It suggested this game was going all the way to the wire.

Yes, it was a poor game as far as quality is concerned but as time ticked away you got the sense that little would separate them at the finish.

Both teams had some very poor wides, Na Piarsaigh finishing up with fourteen and Adare with ten. Shane Dowling, normally so accurate from frees, was also having an off day and this allowed Adare stay in the game.

Na Piarsaigh found it very hard to pull away from them and in this regard one would have to admire Adare because they did battle. I fail to understand why Adare left Declan Hannon at full forward for almost all the game. They made switches that never really worked but most of all it looked like they didn’t have a plan as to how they were going to expose the Na Piarsaigh backs.

Na Piarsaigh on the other hand brought in subs that contributed at a crucial time in the game. Adare never led in this game, they came close on a couple of occasions particularly in the last ten minutes, only one point separated the sides as we entered the final minute of normal time. Adare got a free and John Fitzgibbon over hit it and Na Piarsaigh followed it with a pointed free from Shane Dowling and that ended any hopes Adare had.

In what was a disappointing game I was very impressed with Na Piarsaigh’s Mike Casey at corner back. He was my man of the match. That’s not taking anything from Kevin Downes who had his best game in sometime on Wayne McNamara scoring four points.

James O’Brien and William O’Donoghue were also impressive while Alan Dempsey did very well at a crucial stage in the game.

Adare have now lost two finals in a row, both by two points. Mistakes were made on the line and some hard calls needed to be made that weren’t. Na Piarsaigh will now meet the Tipperary champions in the first round of the Munster Club, they enjoyed a great run two years ago and with a bit more youth this time around who knows where they could end up. For now though they are worthy champions of Limerick.

As expected referee Johnny Murphy did a superb job in his first County Final.