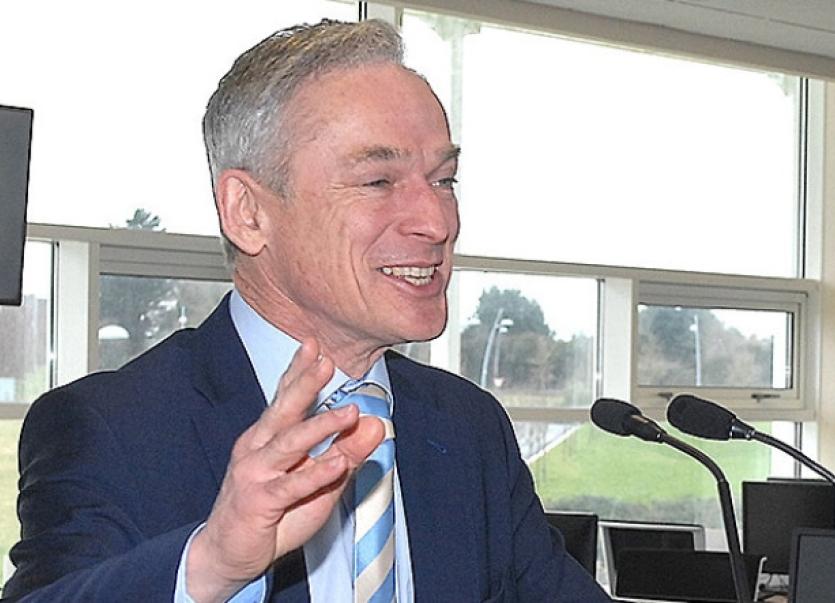 GOVERNMENT plans to boost the economy in the Mid-West to the tune of €250m over the next decade and beyond were in full this Monday in Limerick.

GOVERNMENT plans to boost the economy in the Mid-West to the tune of €250m over the next decade and beyond were in full this Monday in Limerick.

The Mid-West Action Plan for Jobs, part of a regional jobs strategy for Limerick, Clare and Tipperary, aims to see the creation of 23,000 extra jobs in the region by 2020, according to Minister for Jobs, Enterprise and Innovation Richard Bruton.

The plan aims to deliver 10-15% employment growth in the region and is being rolled out regionally as part of the national Action Plan for Jobs initiative and will target growth in key sectors of potential like Aviation, Lifesciences, Engineering, Internationally Traded Services and Tourism.

“The Mid-West suffered more than others during the crisis. Since the crisis began the Region lost almost 25,000 jobs,” said Minister Bruton of the plan, which was launched in Limerick Institute of Technology this Monday.

“It is only in the last couple of years that the tide has been turned with more than 4,000 new jobs added in the last year alone. This fuels our strong conviction that a region with as many strengths as the Mid-West can, and will, grow more jobs.

“I am convinced that with the right support from Government through the Mid-West Plan, and by continuing the collaborative approach right across the region, we can deliver 23,000 extra jobs over the coming years. This would be 23,000 extra pay packets coming into communities and 23,000 lives back on track and get us back to a level of employment in the Region ahead of that which existed at the end of 2007. That is a real challenge, but it is a goal well worth fighting for,” he added.

Key aspects of the plan include: an increase by at least 25% the number of startups in the region; increase in employment in the existing base of companies by strengthening their capacity to scale up their business and win new markets; attracting more investment to the region over the next 5 years, with the IDA aiming for a 30% to 40% uplift in projects, to a total of 66 investments within the region; strengthen the important sectoral clusters in the region; increase the value of agri-food exports by 85% by 2025 by supporting food start-ups; grow overseas tourist numbers in the Mid-West to 1.26 million by 2025; establish a comprehensive implementation structure to ensure delivery of the plan.

Finance minister Michael Noonan said of the plan: “The budget that I announced last week is designed to spread recovery to families in every region of the country and the Mid-West Action Plan for Jobs is an important means to ensure that the recovery is felt in every region and by every community.

“Every job created puts money back in people’s pockets. The Mid-West Region is a strong region with great potential and the Government’s is fully committed to continue to create the right environment for jobs growth,” he added.

Education minister Jan O’Sullivan said the strategy would “drive the momentum behind job creation and investment in the Mid West region”.

“In Limerick alone in the last 18 months more than 2000 high quality jobs have been announced. While this is welcome progress our unemployment rate remains too high. The Action Plan for Jobs gives us a coherent, targeted approach.

“It utilises all the resources and talents of the region and I am particularly pleased to see the prominent role that education institutes in the region will play,” she added.

LIT president Dr Maria Hinfelaar praised the plan - launched on campus in Moylish - as representing “a great day for job creation in this region”.

“We have worked closely with the DJEI and other stakeholders to frame the objectives in the Action Plan, which are very ambitious,” she said. “The aim is to bring unemployment down further, to grow the economy, and to deliver targeted educational initiatives aimed at meeting industry demand for highly skilled graduates in sectors including ICT, Engineering; Precision Engineering, MedTech and Agri-Tech.

“Two out of very five LIT students are studying on programmes in those fields, so we are fully committed to helping companies in our region to achieve their goals. It is also excellent to see that there will be opportunities for our graduates to go into employment locally, because that is what the vast majority want.”

See tomorrow’s Limerick Chronicle and broadsheet editions of the Limerick Leader for more on this major announcement.