Don’t Mind Me: ‘Second time around is no walk in the park’ 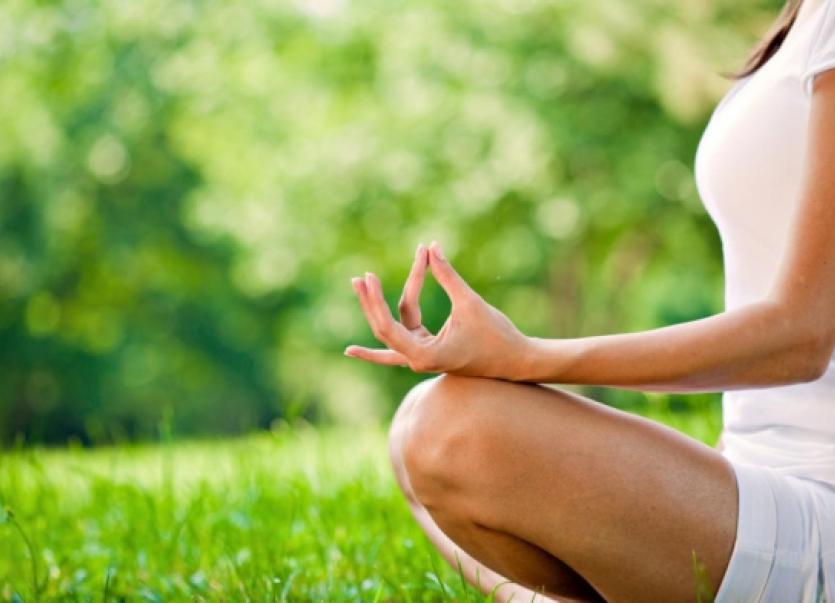 WHAT wouldn’t I give this week for a crash course in mindfulness? A couple of weeks ago I thought mindfulness was for the birds, but when your back is to the wall and you find yourself frazzled to the teeth and walking on eggshells, you’ll try anything. As soon as I finish this column I’m going to grab a mat and practice a bit of yoga. I never did it before, but I’ll make it up as I go along – just like the column.

WHAT wouldn’t I give this week for a crash course in mindfulness? A couple of weeks ago I thought mindfulness was for the birds, but when your back is to the wall and you find yourself frazzled to the teeth and walking on eggshells, you’ll try anything. As soon as I finish this column I’m going to grab a mat and practice a bit of yoga. I never did it before, but I’ll make it up as I go along – just like the column.

The reason for this latest state of panic is that my second daughter – the most laid back member of the family - is getting married on Saturday to long time boyfriend, Sean, who refers to me as ‘Mumsie’ when he thinks I’m not listening. This of course, puts added pressure on me in the role I have to play on Saturday. But it being my second time as mother of the bride, I thought it would be a walk in the park. Been there, done that, kind of feeling!

But it is proving anything but simple. For a start, the radiant bride to be is even more laid back than usual. Every time I ask her if everything is in place, she blithely replies: “don’t worry. Everything is falling nicely into place”. That’s enough to give me a fit of the jitters. Serendipity just isn’t my thing. I’m convinced she has forgotten to organise something vital and everyone will look at the mother of the bride on the day and say “Wouldn’t you think she’d have told her to do  that?”

It’s not that I don’t trust her. She worked as a global strategist once for a major Insurance company and can’t be totally blind to the necessity to plan things well in advance. But then she did go up the Alps, while living in Zurich, wearing nothing on her feet but a pair of pumps from Penneys. Even Hannibal wasn’t that silly!

My fears are groundless really, but anything can happen at a wedding. When I got married myself, 36 years ago, the hotel where we had booked the reception went bankrupt on the morning of the wedding. I didn’t know until I arrived at the door of the hotel with over 100 guests en tow, although I had been wondering why the hotel’s white car hadn’t turned up to convey me to the church. I thought the driver might have got lost. The manager and staff put out the red carpet anyway and gave us a right royal reception. The receiver was probably lurking in the background but he didn’t interfere and everyone said afterwards that it was a memorable wedding.

I am also a bit freaked out by what happened to a bride and groom from this neck of the woods recently when they stopped off at Two-Mile-Gate by the lake, on the way to the reception from the church. They wanted to get pictures amid the stunning scenery, but just as they were posing for the photographer, a sudden gust of wind whipped off the bride’s veil and headpiece and blew them into the lake. The gallant young groom had no option but to wade into the water and retrieve the finery. So if the bride and groom don’t mind, I’m not going anywhere near the lake in case my hat gets blown in and the father of the bride feels compelled to jump in after it. We’d all be absolutely mortified and I’d be upstaged.

As for the same hat, it looked perfectly respectable when I bought it back in sunny April, and now it looks kind of goofy in the unrelenting gloom of a grey autumn. On top of that, I think it has wilted. Did somebody sit on it accidentally, I’m wondering?

The outfit has been hanging in the wardrobe for so long that, in my eyes at least, it has assumed a sepia tinge that it certainly didn’t have when I bought it. It’s ageing badly, like myself. I’m not even sure if it fits anymore because I spent nearly all of July comfort-eating my way through the rainy days. But I’m not going to try it on now, with just five days to go to the wedding, in case I get a nervous  breakdown.

Worst of all are the nightmares, now running at three a week. Last night I dreamt that I toppled over on the way to the altar bearing the gifts, alongside the other ‘Mumsie’ who looked maddeningly serene, confident and elegant. The night before, I dreamt I was getting married myself, but when I got to the top of the aisle there was no groom in sight. Even when I’m not having nightmares, I’m awake all night wondering how I’m going to know when to get up from my pew and go and fetch the gifts. How did I know the last time? If I remember correctly someone had to give me a prod.

“You’re turning into a prima donna,” the husband said, when I told him about my anxieties.

Now I have something else to fret about. At this late stage of my life, am I really turning into a prima  donna?