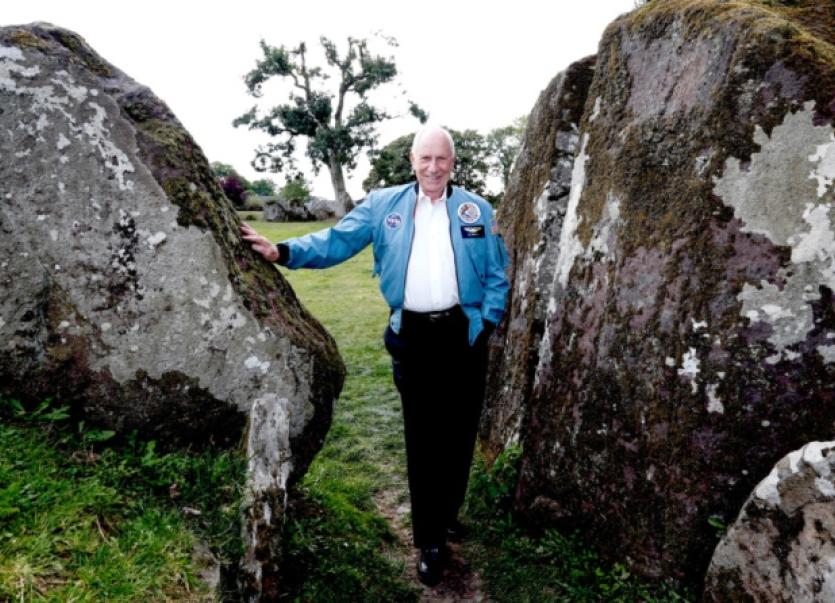 AN ASTRONAUT who is one of only 24 people to have flown to the moon is making a return visit to Limerick next week to a place that he truly fell in love with – Lough Gur.

AN ASTRONAUT who is one of only 24 people to have flown to the moon is making a return visit to Limerick next week to a place that he truly fell in love with – Lough Gur.

Since the voluntary board members took over the lakeside heritage centre in 2011, and under the management of Kate Harrold, the visitor attraction has reached the number one spot on Trip Advisor for places to visit in Limerick city and county.

Mr Worden was clearly among the many people who declared their new found curiosity and joy while walking near the shores of Lough Gur.

On his tour of Lough Gur in 2014 Mr Worden was so visibly moved by the beauty and tranquillity of the sacred site that he agreed to become a patron of the organisation.

Next Monday, June 8, all of the Lough Gur Development patrons will gather for the first time to mark their approach to positively develop, protect and promote the ancient site.

Before these formalities take place, first on the agenda for Mr Worden will be a presentation to the lucky students of Mainister National School.

“The school entered an online competition and won 25 tickets to meet with this space explorer,” explained Ms Harrold of Lough Gur Development.

The students will be treated to a view of the photographs taken within the original Apollo 15 shuttle. They will also find out exactly what happens in space from the science part to the fun parts. Mr Worden served as a command module pilot for the historic Apollo 15 in 1971.

After the primary school presentation Mr Worden will visit Grange Stone Circle to meet with Music Generation Limerick to officially launch the Summer Solstice Festival for 2015. Music Generation will perform a sound art act on June 21 within the stone circle to test the archaeoacoustics of the ancient monument. Following on from this visit to the Stone Circle Mr Worden, a proficient golfer, will receive honorary membership from Ballyneety Golf Club at a private function to mark the occasion.

Mr Worden will then return to Lough Gur Heritage Centre to officially launch the Dark Sky Park Initiative presented by the Shannonside Astronomy Club. Recent tests have shown that Lough Gur has some of the darkest skies in Europe. The last reading measured 21.1 which is a staggering figure given the proximity of many local towns.