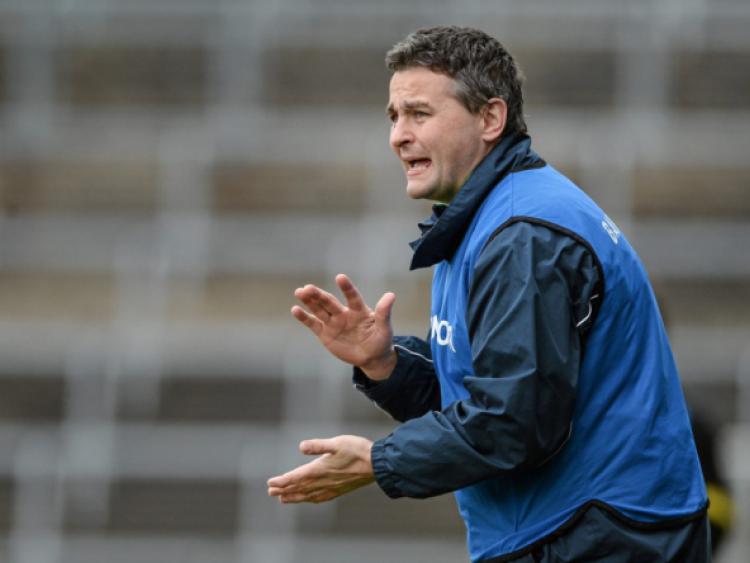 In this week’s column, Martin Kiely looks ahead to Limerick’s NHL quarter-final against Dublin.

In this week’s column, Martin Kiely looks ahead to Limerick’s NHL quarter-final against Dublin.

TJ Ryan and his team will return to Croke Park next Saturday evening for a crunch knockout meeting with Dublin in the National Hurling League.

The fumes of their last appearance at headquarters have long since evaporated but they will need to produce their best hurling of the league if they are to overcome an improving Dublin team under Ger Cunningham. I think the Limerick management will have to admit that they lost a major opportunity to return to Division 1 hurling next year and I think it’s a blow to the long term development of Limerick hurling and also the funds of the County Board.

With close to the strongest squad available for this game I expect Limerick to lay down a marker in Croke Park. This team needs to win in Croke Park and such an experience could well stand to them later in the season. Limerick should have won promotion but some performances were well below what one would expect at this level.

Dublin under Ger Cunningham has had good wins over Kilkenny, Galway and Tipperary but they were very poor against Cork in Croke Park and they will be mindful of that when they face Limerick on Saturday. Incidentally Cunningham was appointed to the Limerick job but pulled out when he was not allowed pick his own selectors. Ger Cunningham is one of the finest hurling coaches in the country and having spoken to a couple of the Dublin players they are really happy with the direction the team is going under him.

Reaching the last four of the league is where Dublin wants to be and Limerick will need to produce a big display to overcome them. Places are up for grabs on the Limerick team and new players need to emerge to further develop this team. I was in Wexford last Sunday to see Waterford brush Wexford aside and its plain for all to see what Derek McGrath has done with young players.

The major concern for Limerick is the half backline. It has been that way now for a couple of years and it will be very interesting to see what the makeup will be on Saturday. This line and others needs attention as championship is only around the corner. Declan Hannon looks like he could remain at centre back but who will wear five and seven? A strong half backline is the foundation for most teams winning and it’s very important for Limerick to get the names right in this line.

Now that Limerick have made the quarter-finals they need to push on and have a real go at winning a national competition. Dublin are going well and I think the coaching of Ger Cunningham will move them closer to the winning line this year. They will want to rid the mind of what was a very poor display against Cork, the team has been changed around and many of the players are enjoying their hurling again.

Cunningham has brought freshness to Dublin hurling and the players are responding. Much will be done with the ball and many of the players that were struggling are now finding a new edge under Cunningham’s style.

This league saw Limerick shuffle over the line in games they should be winning well. They made hard work of beating teams like Antrim, Wexford and Laois but losing to Offaly was a major surprise. Limerick supporters could not believe how unmotivated the team were and the lacklustre approach on the night.

I would expect much more from Limerick on Saturday, the players too need to step up for this challenge and everyone’s mind needs to be fully on this game. This game to me is the one that could set the agenda for the rest of the season.

They have the players capable of beating Dublin and supporters will be looking for signs that the team are going in the right direction for the championship.

Limerick have a good supply of forwards and I can see competition for places in this area of the pitch but to beat the likes of Dublin you will need to be scoring goals. Limerick found this hard to do in the Waterford Crystal and also in the National League. Forwards need to be able to win their own ball and if they are failing in this task then they are just not good enough. I can remember talking to Brian Cody about this in the past and he said, “The player who can’t win his own ball puts the team under pressure. Every player has to win his own box in the field and if enough of them do that then you have a great chance of winning.”

Dublin has a pretty good record over Limerick in recent years and they will not in any way fear the Limerick challenge. This Dublin team have underachieved but you feel that they have a bit more bite in them this year.

It has to be remembered when Limerick were last in Croke Park they pushed Kilkenny to the limit and it would be disappointing if they were to exit the league on Saturday. The management will be very aware that the championship is only a couple of months away and they need to get the team settled.

A win in Croke Park would give them a semi-final to look forward to but more importantly another serious game to test some players and build a winning confidence in the team ahead of their meeting with Clare in the championship.