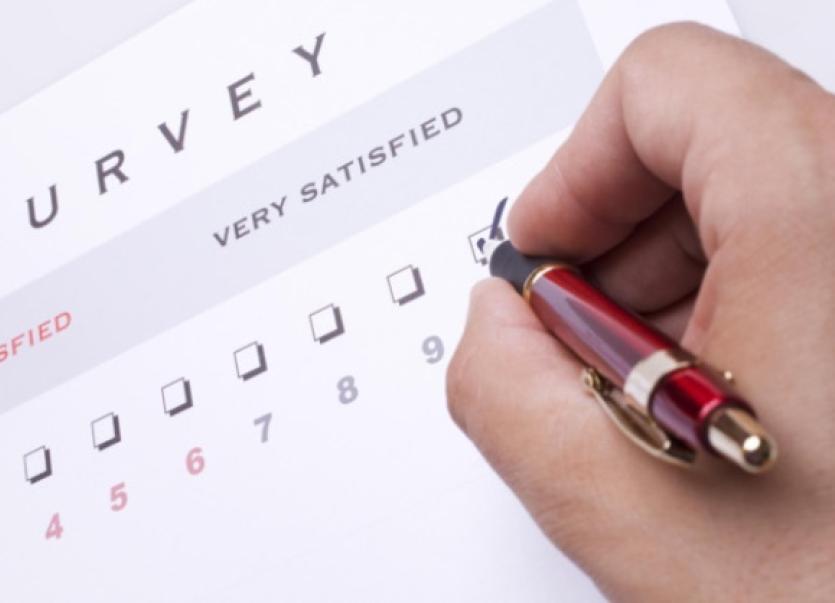 CUSTOMER satisfaction surveys always make me feel very uncomfortable. I’d much prefer to whine to all and sundry about some poor service I might have received than have to fill out a questionnaire indicating the various levels of dissatisfaction I may have experienced. It’s called ‘letting off steam’ and, as far as I’m concerned, it’s much more therapeutic.

CUSTOMER satisfaction surveys always make me feel very uncomfortable. I’d much prefer to whine to all and sundry about some poor service I might have received than have to fill out a questionnaire indicating the various levels of dissatisfaction I may have experienced. It’s called ‘letting off steam’ and, as far as I’m concerned, it’s much more therapeutic.

It’s even worse when I’m totally satisfied with the service. I get carried away initially and tick all the ‘excellent’ boxes, half hoping that I’ll get a discount next time and some real red carpet treatment. Then I look at the completed form and realise that it doesn’t even look convincing. It looks like it was filled in by a robot. Then I bin it, and nobody ever gets to know whether I was well served or not.

You can’t even get your car serviced now without being asked to fill in a questionnaire on how you and your vehicle were treated. What they do with the results I don’t know, but I’m worried that the trend could be undermining my solidarity with the workers of the world, having been one of them myself for so long. I feel as if I’m being encouraged to snitch. That’s why I’m taking no chances and I’m giving them all an A plus.

Now the HSE has started handing out ‘patient satisfaction’ questionnaires to people who are being discharged from hospital. This, I suspect, may be an attempt to diffuse the rage a patient may have felt over having been left a couple of days on a trolley in a crowded hospital corridor before even being seen by a doctor. It could also be a genuine attempt to make hospitalisation in the Mid West a happier experience for everyone – given the limited resources available.

The trouble with the hospital questionnaire is that there is only a ‘yes’ or ‘no’ answer to the 20 questions posed, unless you want to tick the ‘not applicable column’ and confuse them altogether. There is no scope for expressing varying degrees of satisfaction, or dissatisfaction, as the case may be. For instance, at the beginning of the form, you are asked to say ‘yes’ or ‘no’ to this statement: ‘The staff were courteous, polite, friendly, helpful during my admission’. How do you get the message across that some of them looked absolutely distraught from the pressure of overwork and the last thing in the world you’d expect from a fatigued medic is the red carpet treatment? Would you have given Florence Nightingale a bad mark because she had too many casualties on her hands to be able to give you special treatment?

Other questions ask if you were given a full explanation of your condition and of your treatment; if you knew the consultant who was looking after you; if you were encouraged to ask questions about your care; if you were treated with dignity, compassion and respect at all times; if the bathroom was clean; if visiting times were suitable and if your culture, beliefs and values were respected at all times. Marvellous!

One particular question, however, tickled my fancy. “The quality of the food was excellent.” ‘Yes’ or ‘No’. Now you don’t want to get the cook into trouble, but really, with hospital private room charges now heading for nearly €1,000 a night you’d be hard put to say ‘Yes’ unless you had Beluga Caviar and Truffles on the menu at least every second day.

I have only one thing to say about patient satisfaction surveys or any satisfaction surveys for that matter. They don’t really reflect the quality of any service simply because some people are infinitely patient and easily satisfied, while others are downright curmudgeonly and almost impossible to please. Most of us fall somewhere between the two, but in my opinion the extremes of human nature are enough to skew  the results.

The only thing that surprises me is that most patients report high levels of satisfaction with how they were treated. A recent in depth study for the HSE carried out by the School of Public Health in UCD and Lansdown Market Research found, that despite all the hoo-ha about the health services, there were considerable levels of satisfaction experienced, as well as a high degree of confidence and trust in health professionals.

Interesting? Unless, of course, the respondents were all like me and wouldn’t want to take any chances dissing those who hold their lives in their hands.