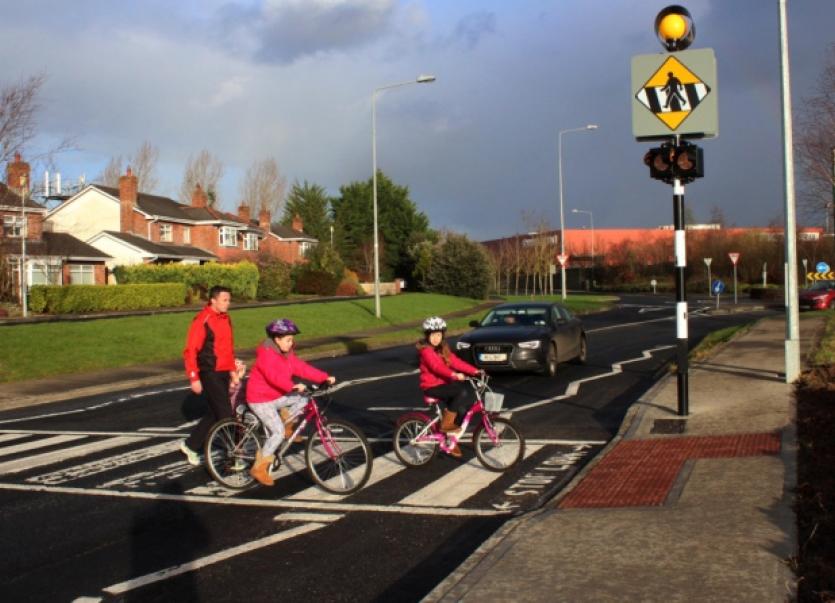 ONE man’s determined 18-month road safety campaign has paid dividends with the provision of a new pedestrian crossing on the Clonmacken Road.

ONE man’s determined 18-month road safety campaign has paid dividends with the provision of a new pedestrian crossing on the Clonmacken Road.

But the experience has left Pat O’Neill, Cluain Dara, questioning what the role of a local councillor is.

The need for a crossing on a busy road carrying traffic from the Condell Road to the Ennis Road/Caherdavin area ought to have been obvious to any councillor with their ear to the ground.

But Pat, a father-of-three, said he only began campaigning for it after his eldest started talking about cycling and walking the local roads.

“She was attending the school up in Caherdavin and at the age where she was looking to walk home with friends. I explored it and saw she could come down the footpath from the school down to Ivan’s; cross at the lights there but then they are caught once they reach the Clonmacken Road, which they have to cross,” said Pat.

Children, he said, had no choice but to “sprint” across the road with cars travelling at speed from either direction. He had also seen members of the local walking club make a similar dash.

Having sought the help of all six local councillors, one had walked the road with him and was never heard from again, while another had at least referred him to the roads engineer.

“The rest of them never even got back to me,” said Pat.

“They are the first port of call within the council and if they’re good enough they should drive it on but with some, they may make the initial contact and then leave it up to you to drive your request.”

Pat, who works as a planner at the engineering department at Analog Devices, is thankfully no stranger to taking on a project himself.

He had “hounded” the roads department over 18 months until eventually the pedestrian crossing was laid just before Christmas.

“It was painstaking. You need a lot of drive. One email and a couple of phone calls won’t do the job. And if you do that, there’s no reason why you can’t get it done yourself,” said Pat.