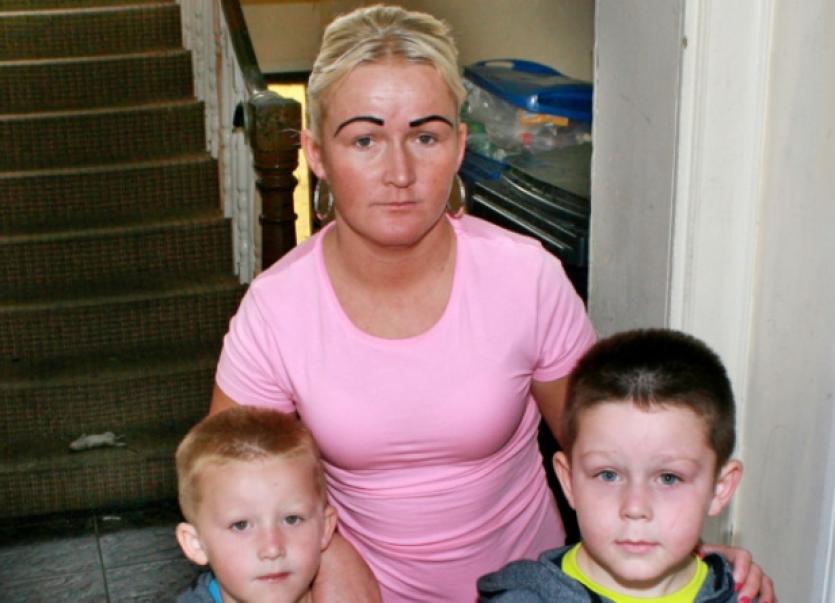 A YOUNG Limerick mum living in a city centre flat which she claims is “infested with rats” has called on the HSE and Limerick City Council to investigate her plight.

A YOUNG Limerick mum living in a city centre flat which she claims is “infested with rats” has called on the HSE and Limerick City Council to investigate her plight.

“The landlady was onto me and saying there was nothing she could do, she had put down rat poison. She was saying that the rats were coming from a building on Henry Street,” explained Jenette McNamara.

“But, what as my mother, says, if a rat comes in at night and bites one of my children? I can’t leave them alone and they have to sleep with me,” she added.

The HSE are to contact the landlady to get permission to inspect the premises.

Jenette showed the Limerick Leader a dead rat on the stairs of the building she lives in on Newenham Street, and said she had to put another one in the bins, which are located in the building and outside the different flats.

Her mum Anne is very concerned for her grand-children and called to the Limerick Leader with her daughter to voice her concerns.

“Just the other day I was on the stairs with the two boys and we were faced with this massive rat, luckily another tenant came along with his dog and killed it,” said Jenette.

“I really fear for their safety, there are rat droppings every where. In my bedroom there are rat bites on the base of the bed. No one should have to live in conditions like this,” she said.

When our photographer went to the building, the rat was still on the stairs, and there was a very bad smell emanating from the building.

“I have been onto the Health Board and they were to call and also to City Hall. The building should be condemned,” she said.

Ms McNamara said that when she contacted the landlord about the first rat that was killed, she was told to throw it in a bin, which is outside her door.

“I did it the first time, but not again, there is a big health risk here; the place is rat infested,” she added.

The Limerick Leader attempted to contact the landlord, but was unable to do so at the time of going to press.