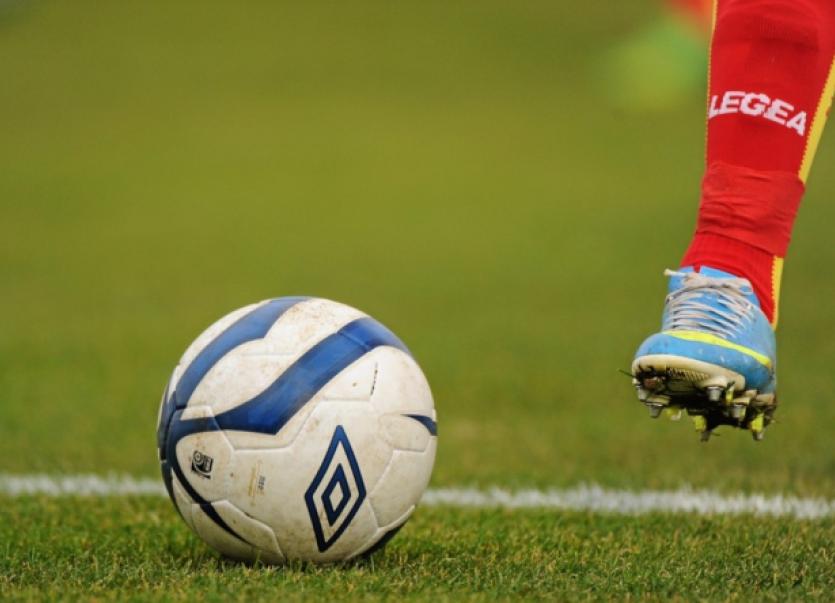 THE Limerick Leader’s Secret Junior Footballer casts his eye over the contenders in the Premier Division of the LDMC and predicts what might be in store for the competing clubs this season.

THE Limerick Leader’s Secret Junior Footballer casts his eye over the contenders in the Premier Division of the LDMC and predicts what might be in store for the competing clubs this season.

New broom in Crossagalla. The county lads whom I asked about the new manager remained fairly tight lipped, most of them gave me the evil eye in fact.

Pike will surely be the team to beat this year, even if their results in the first two games of the season haven’t been brilliant. They’ve lost some players and signed a few, most importantly at centre-half after one of the most spectacular toys-out-of-the-pram throwings since Tevez at Bayern Munich.

Prediction: There or thereabouts

What has gone wrong in Pearse Stadium?! Two games in and they’re in a relegation dogfight with Knockainey and Summerville!

They too have brought in a few new players including some from Pike Rovers and Fairview Rangers and in theory that looks clever. In reality it doesn’t look very clever at all does it?! The 27 managers down there really have their work cut out for them in the coming weeks.

Second season syndrome last year on the southside as they finished the year empty handed, making their league win a distant memory.

With The Divine Moustache entering into his 65th season it looks like a tough one ahead for the yellow submarine, especially when the gaffer has spent the summer with his notebook out during the World Cup. Three centrebacks? What is this, 1995?

Key Role: Whoever makes the phonecalls to get fellas out of bed on Sundays

Prediction: More of the same maybe a little better if they cut the grass

If Geraldines were an animal they’d be a hippopotamus.

A little bit lazy looking but good in the wet and dangerous in the wild. Nobody ever takes their kids to see the hippos though and they finished a good season empty handed. That said, they beat Shane Clarke FC at the weekend and who’s to say they can’t go all the way this year.

What a journey last year for the Blues! For a team with no pitch, no dressing rooms and the lunatics taking over the asylum they acquitted themselves really well.

Strange then to see their most improved player jumping ship before arguably the biggest game in their history.

Their long serving managers have been replaced by two – wait for it – lanky defenders so no prizes for guessing what they’ll be like this year.

Prediction: O’Neills employees to put their kids through college with the number of matchballs Regional are going to buy

Shedloads of new signings down in Portland Park but they’ve inexplicably lost their two most important players.

Hard to see them matching last season’s results and they could be dragged into a three way fight against the drop with Knockainey and Janesboro. However, I would have said the same thing last year so what do I know.

Is this to be the year that Fairview returns to glory? No.

Key Role: Trophy cabinet makers. Have been out of work for a while in the Fairgreen

For such a massive club, Corbally are ALWAYS the same. Start really poorly and just about drag themselves out of it.

Since Jack Charlton took over and started ‘lashing it up to the big fella’ they’ve been dangerous but their most potent weapon might just be their league delegates.

Key Role: Club psychologist when Ronan Sherlock is finished shouting at the players

Prediction: Big fella gets injured, rest of the team takes their ball and goes home.

Like Corbally, for such a big club these lads always struggle.

Lucky to survive last year and whenever I played on that plastic pitch I was always struck that the only team it doesn’t suit to play on is Aisling. Could do well with the signings they made but in all fairness, they won’t. Besides, they’re posh.

Key Role: Club electrician – In case of emergency, or if losing a game, flick this switch and turn off the lights.

After tearing up the divisions, Moyross finally find themselves with nowhere to go but down. You’d almost get the feeling that clubs just let them win the lower leagues over the years so they wouldn’t have to deal with them ever, ever again.

Expect the following to be said about them all season: he’s not that kind of player, it’s not an easy place to go needing to win, unique atmosphere. I cannot wait until they welcome St Michaels in the 6th round of the FAI and the national champions find out what junior ball is all about.

To the promoted side from the county I say only this: Best of luck.