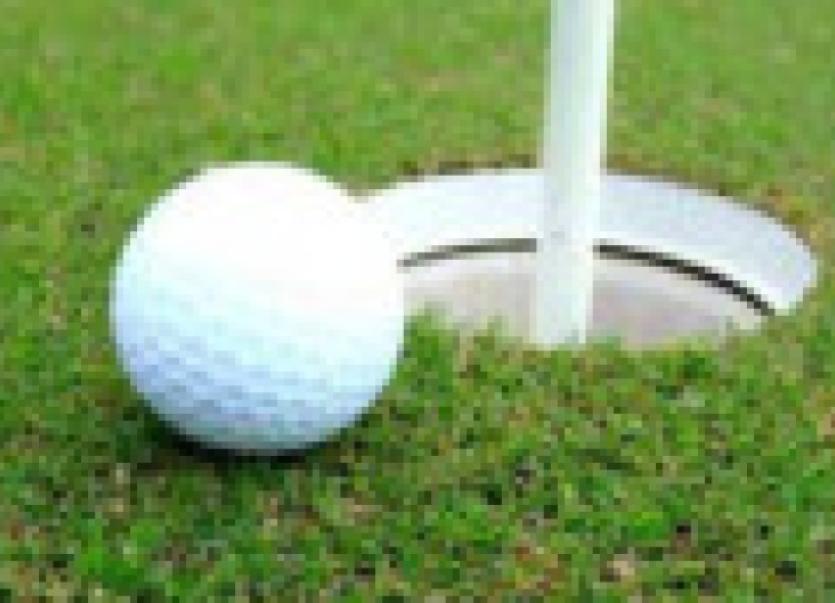 In this week’s Limerick Leader golf column, Ivan Morris says that the women’s US Open is a very good spectacle.

In this week’s Limerick Leader golf column, Ivan Morris says that the women’s US Open is a very good spectacle.

The US Women’s Open takes place in North Carolina next weekend. For the first time, the girls will be playing on the same course, Pinehurst No. 2, as the men because the men finished their US Open hostilities this Sunday.

Also for the first time an Irish amateur referee, Orla Kirby from Adare Manor Golf Club, has been invited to officiate during the women’s event. We’ll have a chat with Orla about her experiences Stateside as soon as possible.

For as long as I can remember, US Opens have mostly catered for error-free plodders who stayed religiously on the fairway. Jack Nicklaus said his standard US Open tactics of not making big mistakes and ‘just hanging around and allowing the opposition to beat itself’ served him well. As a result, USO’s make for dull TV viewing. The “action” is all so predictable. Any mishit invariably resulted in a vicious chop sideways followed by a scramble to limit the damage.

Not this year! There is no rough in the usual sense at this year’s US Open venue, where imaginative scrambling - from sandy wastes, bunkers and the numerous swales that surrounded the greens resembling upturned saucers has been the order of play.

The chip-and-run, butterfly-flop shot and other exciting and risky recoveries from tight lies are back in fashion.

For once, the USGA has presented a blank canvas to encourage creativity with mediocre shots not receiving the same harsh punishment as bad ones and the possibility of an ambitious and skillful recovery putting the golfer back in play less rare than normal.

The fairways are wider than usual; players are invited to create their own angles into the elusive targets. Pinehurst No. 2 poses fascinating but answerable questions.

The most intriguing innovation of all is the unique prospect of watching the leading female professionals tackling the same golf course over exactly the same terrain as the men in back-to-back weeks.

Although, it is expected the pin positions will be similar, there are other differences. The purse for the men is $8 million – for the women $3.25m. So, while the ladies will play around 88 per cent of the course laid out for the men, they will receive only 41 per cent of the remuneration.

It’s a unique opportunity to compare the abilities of top male and top female golfers.

Golf fans miss out on a lot if they confine their viewing to watching only male golfers. In many ways, the LPGA is more interesting to watch than the PGA Tour. The ladies play a more pure and accurate game. They lack the power to batter golf courses into submission with booming drives of 350-yards+.

The LPGA has some fantastic competitors capable of playing great golf. There is even an 11-years old amateur, Lucy Li from California, who will become the youngest player ever to play in the US Women’s Open. This mighty mite earned her place by carding impressive scores of 74 and 68, on a par-72 golf course when pre-qualifying.

Because the men played first, the women have the advantage of they, and their caddies, observing the vicissitudes of Pinehurst No. 2 in a comprehensive manner never before afforded to major championship competitors.

You can be sure the notebooks will be out!  I’ll be watching every second on TV to see how the golf course plays,” says Morgan Pressel, winner of the 2007 Kraft Nabisco Championship. “I’m sure the pins will be relatively similar, so we’ll get a good look at how shots react coming into greens. It will be very helpful.”

Michelle Wie and Inbee Park both say that they, too, will be riveted to their TVs watching how the men cope. “I don’t watch a whole lot of TV golf, but I definitely will be watching this US Open,” Wie said. “It’s going to be interesting, because we’ve never done this before.

I’m not sure exactly what to look out for, but I think the things I will be watching are what happens with approach shots, how shots roll off greens.

I’ll be looking to see where players are struggling from, where you don’t want to go and the shot selection for chips and pitches.”

After an incredible year last year in which she won three of the women’s’ majors, Inbee Park went off the boil. But, suddenly back in form again after her win in Canada two weeks ago. Inbee is one of the favourites.

Paula Creamer always raises her game for the majors and the trickiness around the greens may suit the Scottish veteran, Catriona Matthew.

Go on ask me to pick the winner! While plumping for the feisty, World No. 1 Stacy Lewis, I’ll also keep an eye on the 17-years old, Lydia Ko from New Zealand, who has come up with the brilliant notion of securing the vastly experienced,

Fluff Cowen as her caddie. Fluff will know those No. 2 greens inside out by the time he loops for Lydia - provided, of course, that Jim Furyk isn’t still busy backing off and has finished his final round in time. Otherwise, it could be awkward!