Don’t Mind Me: The high cost of getting ahead these days 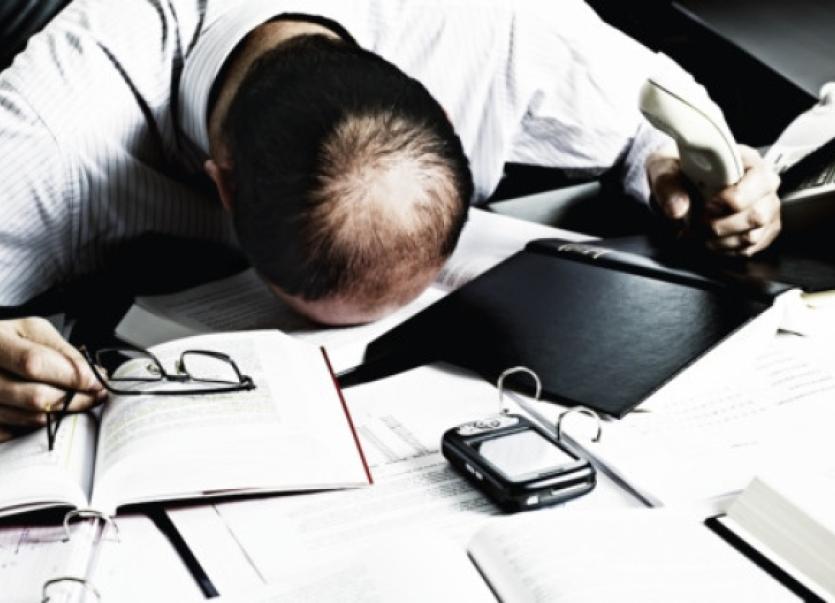 THE past is another country: they do things differently there... wrote British novelist L.P. Hartley. Well, that’s for sure! But it’s amazing how quickly we forget.

THE past is another country: they do things differently there... wrote British novelist L.P. Hartley. Well, that’s for sure! But it’s amazing how quickly we forget.

When I look back now, the thing that tickles my fancy most about the past is the memory of how easy going and laid back we once were - compared to the Germans for instance, whose work ethic was a source of great mirth to us. Now we could give them a run for their money in any rat race.

Life was passing him by, he said, which wasn’t true at all because life at the time was going at snail’s pace. Anyhow, he arrived home within a month, telling everyone that the day was too long in New York, and he couldn’t keep up with the rush.

The returned Yank came to mind last week when I met a young professional who studied extremely hard at school and college, did exceptionally well and now, five years into a high-flying career, has yet to experience the dubious delights of a 40 hour week.

He’s in the office before 7am each morning, eats at his desk and doesn’t leave most nights until 10.

At weekends he spends hours on the lap top checking his work emails. He doesn’t even know the length of his working week, but he’d think he was on holidays if he ever saw an eight hour day.

“Good Lord” I said. “You’ll be a billionaire before you’re 30. Is it time-and-a-half or double time you’re on?”

He looked at me curiously, as you might look at a dinosaur. The concept of a professional being paid for working overtime was alien to him and his profession. In fact he was extremely proud of his input and wasn’t a bit impressed when I described his exalted position as nothing short of slave labour.

Well, what else would you call working for nothing?

But it’s not as simple as that, it seems. Afterwards I did a bit of research and discovered that burning the midnight oil in corporate Ireland is about creating the right impression and maximising your chances of advancement to the top, as well as ensuring the bonus and other perks by which higher earners are rewarded in the new social contract.

It’s not just an Irish phenomenon. Higher earners around the world have been putting in longer working hours since about 1980 and the funny thing is that they’re not even sure how it happened or why they’re doing it.

They just seemed to fall into it and that’s what is expected of them now.

I think myself it’s because job insecurity is at an all time high among the highly educated and everyone is just desperate to impress. I’m surprised that more of them aren’t burnt out by now.

A study by the US National Bureau of Economic Research found that the frequency of longer working hours increased by 14.4 percentage points among the top quintile of wage earners between 1979 and 2002.

Incidentally, it fell by 6.7 percentage points among the lowest paid earners, presumably because they are more unionised and demand to be paid overtime, while the top group are happy to work for nothing in order to advance their careers. Claiming overtime wouldn’t be in keeping with their status anyway.

A recent survey by the global recruitment consultancy, Robert Walters, revealed that 62 per cent of Irish higher earners received no recognition for putting in the long extra hours in the office. In a nutshell, they’re not paid overtime and recognition is so non existent that they could drop dead at their desks and no-one would even notice. But they’re not even complaining, even though they have dark circles under their eyes and their work/life balance must be in tatters. They don’t even realise that they are depriving others of a job by doing the work of two people for the price of one.

Now, to add to their misery, populist politicians, blind to their obvious sacrifices and undoubted patriotism, want to screw them with higher taxes, which is downright lousy seeing the hours they put in for nothing. On second thoughts, maybe it might finally bring them to their senses.

It’s all very depressing really because nobody is bothered about the effects of all those long working hours on the health of the nation so long as corporate profits aren’t undermined by exhaustion and sleep loss.

Even as I write, I feel like a subversive trying to stir up industrial unrest. But meeting that young professional the other day made me long for that other country, where we did things differently, and where it would never even cross our minds to overdo it for anybody.