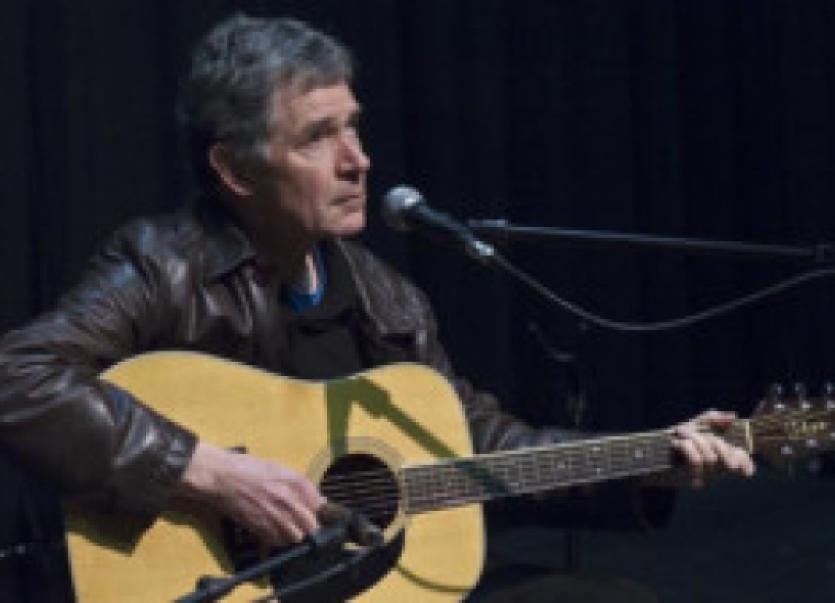 My earliest memories of growing up in Limerick City are of the River Shannon.

My earliest memories of growing up in Limerick City are of the River Shannon.

The docks area, and the many chapels that surrounded us on Wolfe Tone St. My father was a merchant seaman, and I was always waiting for his ship to come in. My mother, who was religious, got me into the habit of attending ritualistic church services (like Benediction) on a fairly regular basis. So naturally Choir music was the first music that I loved.

The gentle nuns of a convent school on Henry Street introduced me to education.

One of my abiding memories of the place is of being shepherded through the snow by one kind old nun. The contrast between her black outfit and the white snow was heightened by a few words she used to describe the scene – “look at it – it’s so pure!” However, moving to the Christian Brothers was a bit like Dante reversing from Paradise to hell. My real education began when I went on the road as a would be Don Quixote with my band Sancho, or Granny’s Intentions as we called ourselves back in the 1960s. Black singers like Ray Charles were very influential for us.

Looking back on it, I started writing songs as a means of tackling the confusion resulting from one of my first romantic affairs.

As a youth I was shy and not very articulate, probably because of nerves. Songwriting, I discovered, allowed me time to craft what needed to be said from my heart. One of the first real lyrics I wrote, when I was 17 or 18, a love song called We Both Need to Know, had a fairly profound ring to it. However, I think it probably had the adverse effect of frightening off the object of its aim. But even to this day, I often think about one prophetic line from the chorus – “My songs are my guide.”

The musical pallet that I have used over the long span of my career tends to correlate with the location and time of life written about.

For example, the soundscape for the collection Just Another Town comes from the streets, homes, bars, churches, prisons and clubs of the Limerick I grew up in. The collection To The Light, meanwhile, fed off the popular musical landscape I was exposed to in the 1960s (mainly rock, pop, country and folk). By the time I came to write songs for The Voyage selection, I had turned my back on pop and rock and was deeply influenced by folk music. The songs of Flame go even deeper still and explore traditional and classical forms. Underpinning it all is an ever deepening commitment to bringing the lyrical content as close to poetry as possible. Song writing is, after all, made up of two distinctly different art forms – music and poetry. My albums are still evolving, however, with each one corresponding to a chapter of my life’s work.

Trying to figure out the motivations of the heart has given me some of my greatest pleasure as well as my deepest pain.

It is the motivation for human actions, in general, which I find to be the most intriguing. At 16 years of age I was deeply confused. On stage, I could take on a persona and pretend to be on top of the world. That fooled people for a while. Indeed, it even fooled me. However, my first run in with romantic heartbreak had a profound effect on me. So while I get immense pleasure from writing songs. I, also, suffer enormous pain when songs refuse to resolve themselves. You need great patience to come up with real songs. It’s a hunting game, and more often than not, you come home empty handed. That said, I can’t imagine a world without music. It is my life’s blood.

In general, people don’t need encouragement to be songwriters.

If it is in your nature, you will gravitate towards it anyway and consistency is the key. You need to get up every day with determination and go on ploughing your patch no matter what the weather, metaphorically speaking. Wordsworth made the point that it is not those periods of inspiration that are important (few and far between anyway!) but what we do with our time during the fallow periods. That is what really matters. Spade work needs to be done on a continuing basis to write new songs. For example, though I wouldn’t consider The Voyage to my best song people have taken it to their hearts. I have a deep respect for the views and taste of the general public.

Being on the road with a band can be very gruelling.

I did it for five or six years and honestly I could not do it again. Today, I play short tours on my own, and I always enjoy going on stage. Because my stage performances rely on story telling as well as song, I enjoy solo work best. I tried performing my To The Light series with the reformed Granny’s Intentions, recently but I don’t think it worked for the band. Nevertheless, there was a huge demand for the three shows that we did in the Belltable. I would like to, maybe, try it again in a larger venue, in Limerick, Cork and Dublin. But I have no interest in just doing a show based on nostalgia.

Right now I am putting the finishing touches to part two of my autobiography called After The Dream.

It is all but ready to go to a few publishers and has taken me years to write. Brandon Books published part one, called There is a Time, many years ago, and I hope that this one will, also, strike a chord with the public!

A new CD from Johnny Duhan called Highlights will be released this autumn, to coincide with his nationwide solo tour. For details please see his website: www.johnnyduhan.com/