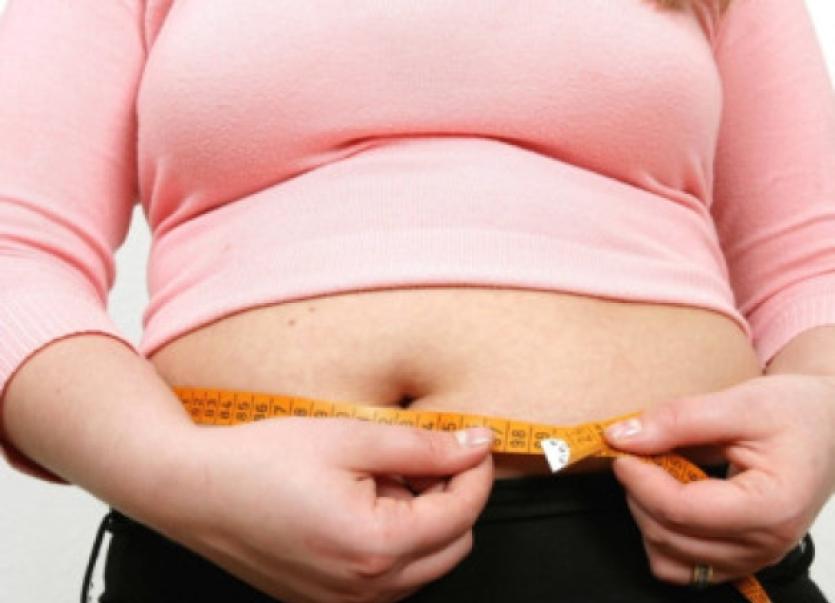 FORGET about the fragile economy, the garda tapes, the woes of the Justice department and all that. The biggest problem facing the country at the moment is a surfeit of fat. Oops, that could be treasonable. I’m not supposed to say anyone is fat – not to talk of painting the nation in such an offensive light. Your body mass index is just out of kilter. That’s all. Relax!

FORGET about the fragile economy, the garda tapes, the woes of the Justice department and all that. The biggest problem facing the country at the moment is a surfeit of fat. Oops, that could be treasonable. I’m not supposed to say anyone is fat – not to talk of painting the nation in such an offensive light. Your body mass index is just out of kilter. That’s all. Relax!

The use of the ‘f’ word is no longer politically correct, but my problem is that I’ve never really been comfortable with too much political correctness. Anyway, as far as I’m concerned ‘fat’ is not a term of opprobrium. It’s genetic, for heaven’s sake. But now, there’s every chance that we might start suing each other over the use of the word and end up clogging the courts as well as our arteries.

The bottom line, however, is that, from now on, I’m going to have to find a more acceptable euphemism to describe the unhappy state of most of the nation – including myself. The trouble is that the nation is obsessed with its weight and why we can’t cope with the reality of the word ‘fat’ without incurring severe damage to our collective psyche, I have no idea. We were never this sensitive.

When it comes to weight, though, we are inclined to be a bit delusional. We’re not fat. We’re just not size 6 anymore. The average size now is 16 and depending on what we wear, we mightn’t even look it. I tried on a new outfit myself last week and the first thing I asked my daughter was ‘does it make me look fat’. That was bad enough, but then I started rummaging through the rails for something that might make me look thin, when maybe a bit of will power and a couple of half marathons might have done the trick at much less cost. The trouble is I’m losing the run of myself, if you’ll excuse the pun.

Walking up a hill leaves me breathless at this stage, and my metabolism is so perverse that when I exercise a bit of will power and reduce my intake of bad fats and unhealthy carbohydrates for a few days, the pounds start to pile on. Some of the skinniest people I know eat vast portions of the wrong food and rarely take any strenuous exercise, while some of the fattest, myself included, stagger in vain from one ineffective diet to  another.

But with the fat word wiped from the lexicon of good manners, how are we going to come to terms with the fact that the health experts are right and most of us are probably indulging in far too much processed goodies from the supermarket shelf instead of running through the woods after a wild boar, like Fionn McCumhal? How are we ever going to accept that a ban on fast food outlets close to schools would not be necessary if we simply stopped giving our children the cash to indulge their greasy longings, and gave them a healthy lunch box instead?

On the other hand, I’m sick and tired of all this growing obsession with keeping fit and looking good. I’m particularly irritated with the body mass index craze. I’d much prefer to be called fat and be done with it. But the keep-fit and health industries continue to be fixated on the term body mass index, which I once thought was based on my own theory of heavy bones. I used to tell everyone who caught me stepping off a weighing scales with a look of utter dismay on my face, that I had inherited ‘big bones’, not to talk of a sweet tooth and a penchant for red wine. But now I’ve found that body mass index doesn’t really measure big bones  at all.

My BMI sounds gigantic, despite my particular bones of contention, and if you don’t mind I’d rather not have it thrown in my face.

I’d certainly take offence if anyone called me obese, which apparently in terms of political correctness, is preferable to being called fat.  But my biggest problem with the avoidance of the word fat is the suggestion that it is morally corrupt to be overweight. Or course, it isn’t. There are numerous reasons why weight control is so difficult for so many people. I blame my own weight problem on a metabolic hangover – from the Famine, mind you, and not from what you may think.

Even more irritating is the notion that those of us with disproportional body mass indices are creating a bit of an eyesore in a world that is becoming more and more obsessed with appearance, sometimes under the guise of health promotion and concern for clogged arteries.

Operation Transformation is putting too much pressure on us, and now this ridiculous attitude to the word ‘fat’ is making us feel even worse .

I like to think of fat as nothing more than an optical illusion, albeit an unhealthy one. At the tender age of ten, I knitted a jumper for myself with broad stripes across the front. There was no aesthetic reason for the stripes, apart from the fact that I hadn’t enough wool to knit a whole jumper and thus had to improvise by ripping up an old one and using the wool in bands.

I couldn’t wait to model the result and wore it to school as soon as it was sewn up (by my mother).

There someone bluntly told me that the stripes made me look fat. I took it off that evening, never to wear it again, and next day, would you believe it, my body mass index was back to normal in everyone’s eyes, including my own.