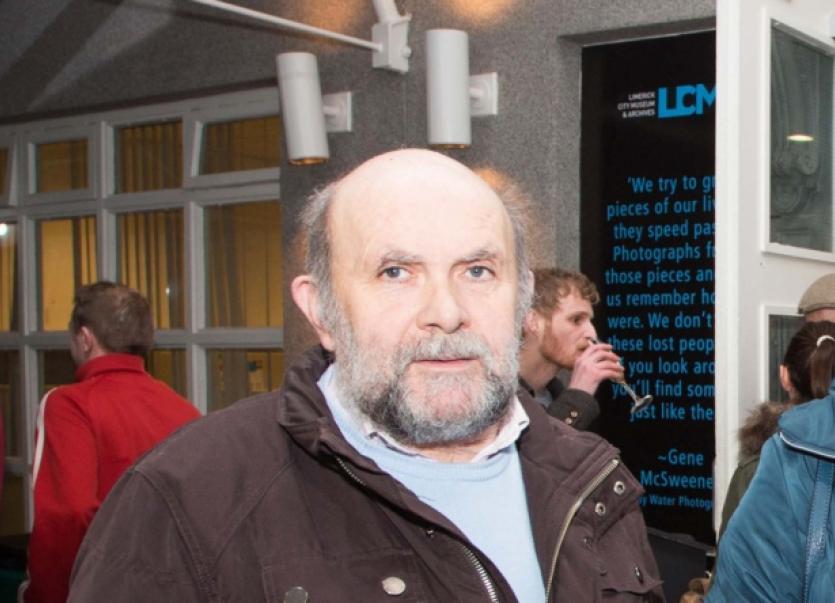 THE VICE president of the Thomond Archaeological and Historical Society has walked away from the club and set up his own historical society, saying he felt like he was being “silenced” similar to under fire priests Fr Tony Flannery and Fr Iggy O’Donovan.

THE VICE president of the Thomond Archaeological and Historical Society has walked away from the club and set up his own historical society, saying he felt like he was being “silenced” similar to under fire priests Fr Tony Flannery and Fr Iggy O’Donovan.

Local historian, the out-spoken Tony Browne, from the South Circular Road, has now set up his own group, called the Limerick Historical Society.

His first lecture will be held in No 1 Pery Square on Monday, February 3, and he plans to hold a monthly meeting.

“I’ll be my own chairman and president. It’ll be city based but I’ll take in all aspects of local history,” he said.

Tony, 63, had been a member of the Thomond society since 1977, was on the committee since 1983, and was its youngest ever member to join.

“I made a few changes [to the Thomond Archaeological and Historical Society] over the years, but unfortunately I was being silenced. Some committee members felt I was bringing the society into disrepute,” said Tony, who claims he was also “voted off” the board of Limerick Civic Trust. “I really think they [the trust] were afraid of me,” he told the Limerick Leader.

“I know when most people think of the Thomond society they think of me, and whether that’s a good thing or a bad thing I don’t know. I just felt I couldn’t stick it any more. One of my gripes with it is that most people seem to be in it as a social outing rather than being interested in local history and I just felt that was ridiculous. I’m a good observer and I can see when someone has no interest in something,” he said.

He previously admitted to this newspaper: “I’m looked at as a bit of a crank. At meetings when I start talking you see people throwing their eyes up, and they’d say ‘he’s at it again.’ But there are some things you have to be outspoken about.”

He says he has 16 members already, without even advertising the new society for those interested in historical matters. Patricia Hazelbeck will deliver the lecture on her grand-father’s photographic collection.

However, other committee members say that they called for his resignation from office, but not from the society, and that he did not stand for re-election.

“He repeatedly failed to distinguish between speaking on behalf of the TAHS and presenting his own highly personal views. As a result the Society has, on several occasions, had to make clear to offended parties that he was not speaking on its behalf,” said one member.

Founded in 1892, the Thomond Archaeological and Historical Society is one of the oldest societies in Limerick.

Their next lecture will be held on Monday, January 27, and delivered by Tom Toomey, author of The War of Independence in Limerick, on the subject of the Irish Volunteers in Limerick in 1914.