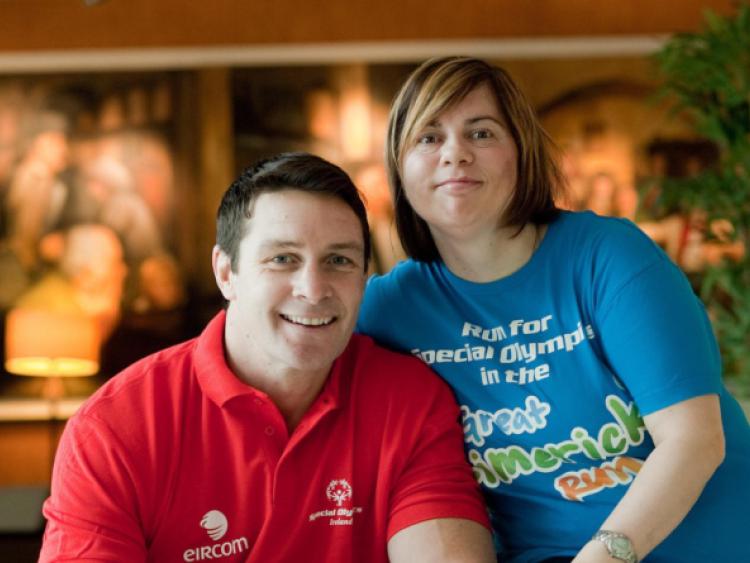 RUGBY legend David Wallace is calling on Limerick people to run for Special Olympics Ireland in the Great Limerick Run to help raise funds for the summer Games and ensure it is an event “that everybody can be very proud of”.

RUGBY legend David Wallace is calling on Limerick people to run for Special Olympics Ireland in the Great Limerick Run to help raise funds for the summer Games and ensure it is an event “that everybody can be very proud of”.

David who played for Munster, Ireland and the British and Irish Lions, said the return of the Special Olympics Ireland Games to Limerick this June is a “fantastic boost” for the city.

But, he added that in order to cover the estimated €1.9m total cost of the Games, the sports charity needs to generate substantial money through fundraising.

“From a Special Olympics perspective it is very important because the Games will cost around €2m to run,” David explained. “Obviously, they have to ensure that up to 1,500 athletes and 3,000 volunteers can come along and have a great time and make it a success for Special Olympics, the athletes and everyone involved, and also for Limerick.”

Well established as a highlight on the national sporting and social calendar, this year’s Great Limerick Run takes place on Sunday, May 4 through the streets of Limerick.

“Whether it’s through volunteering for the Games or running for Special Olympics in the Barrington’s Great Limerick Run, there are lots of ways that people can get involved and show their support,” David continued. “Obviously the more people who do come out and raise money for the Olympics will obviously improve the whole event and make it something that everybody can be very proud of in the summer”.

Since its inception four years ago, race numbers have reached 11,000 and this year’s race will include the hugely popular marathon team relay and kids fun run in addition to the full marathon, half marathon and six-mile events.

David, unfortunately, won’t be able to take part in the run due to a persistent knee injury.

“Unfortunately, running is not on my cards at the moment,” said David. “I retired with a bad knee injury so I can’t run really. Cycling is about as much as I can do. I would love do a small bit but it’s not to be.

“I would love to be able to put on the boots again and play a bit of veteran’s rugby or something but so far it’s too far. I’m sure my wife might walk with my sons Andrew, 5, and Harvey, 3.”

The fifth Barrington’s Hospital Great Limerick Run was officially launched in City Hall by Mayor Kathleen Leddin and Cathaoirleach John Sheehan. Matt English, CEO with Special Olympics Ireland said the sport’s charity was delighted to be partnering with the Great Limerick Run for 2014.

“I would urge everyone who has interest in getting fit and running to go to the Great Limerick Run website, sign up for the event, and importantly take a fundraising pack for Special Olympics,” he said.