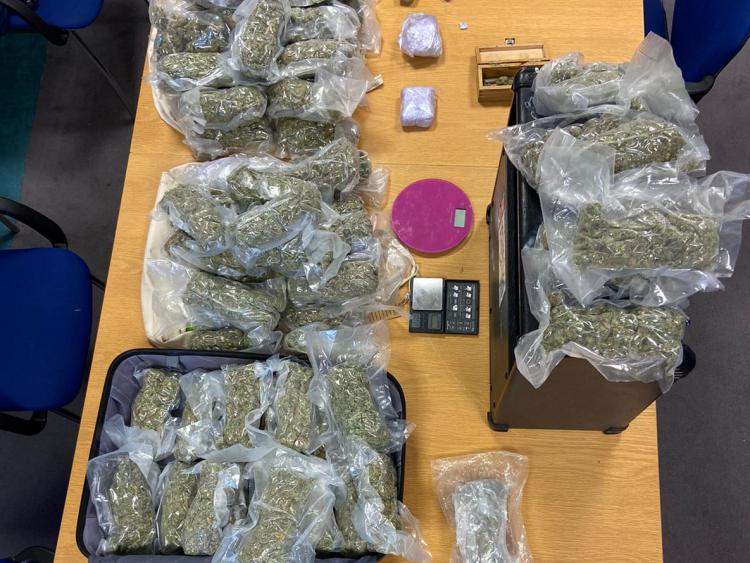 The seizure was made this Saturday afternoon

GARDAI have seized €187,000 worth of drugs and arrested one man during a search operation conducted in County Laois today.

As part of ongoing surveillance operation, gardaí conducted a search under warrant at an address in Portlaoise at 3pm.

During the course of the search, gardaí seized approximately 9kg of suspected cannabis herb with an estimated street value of €181,000.

A quantity of suspected cocaine was also seized with an estimated street value of €6,000 as well as cash to the value of €2,735, a small quantity of LSD and a weighing scales.

All of the drugs are subject to analysis.

A man, aged in his 40s, was arrested at the scene and taken to Portlaoise Garda Station where he is currently detained under Section 2 of the Criminal Justice (Drug Trafficking) Act, 1996.