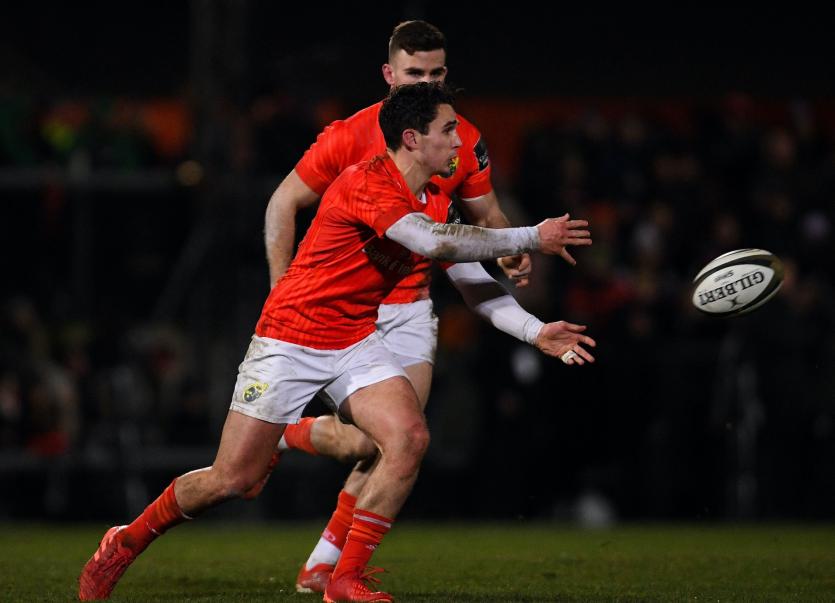 The Munster Rugby Medical Department have today confirmed that Joey Carbery’s expected return to training will be at the start of pre-season ahead of the 2020/21 campaign, thus ending the out half's season.

Carbery, injured before going to the World Cup with Ireland, sustained a hand injury at the start of 2020, however between the hand injury and the need for another operation on his ankle, the former Leinster number 10, is now to be sidelined for the season, missing the rest of Munster's PRO14 games, as well as the Ireland summer tour to Australia.

With Tyler Bleyendaal on the injured list also, Munster will be looking to JJ Hanrahan, Ben Healy and Jake Flannery to guide them home in the domestic competition.

Meanwhile, the Munster squad are on a scheduled down week following Saturday night’s third bonus-point win in a row against Scarlets.
The victory moved Johann van Graan’s side to within two points of Conference B leaders Edinburgh with no Guinness PRO14 action this weekend.