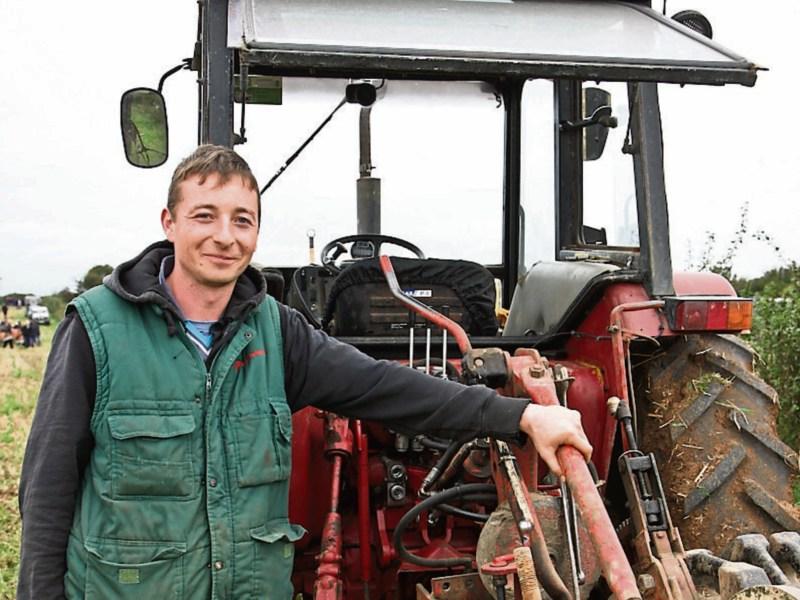 Michael John Dillane, who is a two time winner at the ploughing

FIVE Limerick men will be putting their best foot forward at the National Ploughing Championships this week.

Up this Tuesday are Owen O’Sullivan, Broadford and Michael John Dillane, Milford, who will both compete in the Intermediate Conventional Class. Michael John is a two time winner at the ploughing.

Pakie Moloney, Pallaskenry, will compete in the Intermediate Reversible Category.

Pat O’Riordan, Rathkeale, goes in the Three-Furrow Class on Tuesday while on Wednesday Colin Ruttle from Ballingrane will compete in the Senior Reversible Class.

The Limerick Ploughing Association wishes the five the very best of luck and say they will do the county “proud”.

The 86th National Ploughing Championships are under way at Tullamore, with close to 300,000 people expected to attend the three-day event.

Gardai have asked those travelling to the event to be patient and to follow the suggested route signs that have been marked out rather than routes suggested by sat navs.

With over 100,000 people per day from every part of the country expected to converge near Tullamore for the ploughing, traffic management is key.

Gardai ask those travelling from Limerick to leave the motorway at Nenagh and to travel through Borrisokane towards Tullamore.

The Limerick Leader has a team based in Screggan this week and would love to hear from local competitors, exhibitors or performers taking part in the annual extravaganza over the next three days.

Let us know where you will be and we will try to catch up with you. Message us on Facebook or Twitter or email us at news@limerickleader.ie.

If you are attending this year’s championships, send us a photo via Facebook or Twitter and we’ll include you in our Ploughing Photo Gallery – use the hashtag #LimerickPloughing.

You can keep up to date with all the latest goings on from the Championships on our special dedicated page on www.limerickleader.ie.