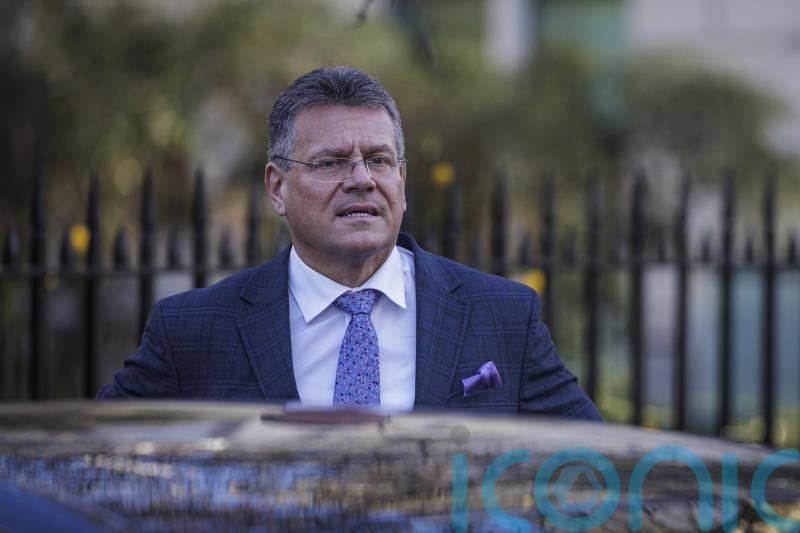 Maros Sefcovic has urged the UK to “get Brexit done” during a speech in London in which he warned that plans to rip up the Northern Ireland Protocol would prove unworkable.

The European Commission vice-president, in London for the first time in several months, urged the UK Government to return to the negotiating table as he warned that the proposed legislation had set back UK-EU progress on the Northern Ireland Protocol by two years.

MPs voted this week to give the Northern Ireland Protocol Bill a second reading, clearing the way for it to undergo detailed scrutiny in the coming weeks.

The move has been branded as illegal and a clear breach of international law and Mr Sefcovic dedicated a significant proportion of a speech at a Bloomberg event to criticising the plan.

He predicted that, if it becomes law, the Bill would “lead to constant uncertainty”.

“Put simply: it would not work,” he told the event. 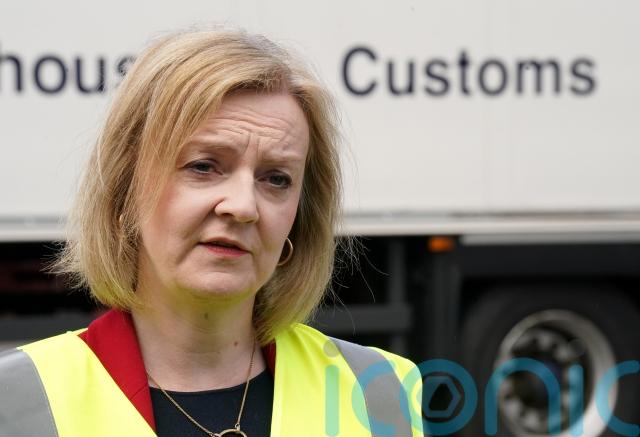 “Ministers in London would have the freedom to change the rules on a whim.

“A dual regulatory regime, where businesses opt for EU or UK regulations, would bury them under a mountain of bureaucracy.

“This would clearly be a lose-lose situation – for EU-UK relations and, first and foremost, for Northern Ireland.”

Legal action has already been taken by the EU over the planned legislation and Mr Sefcovic was adamant that it would not form a basis for negotiation.

“We have to understand each other well that we are not going to negotiate on the basis of this Bill,” he said, branding it “illegal” and “unilateral”.

Mr Sefcovic opened his speech by referencing a speech by then-prime minister David Cameron at Bloomberg in 2013, which some see as having kickstarted the path to the 2016 Brexit referendum.

“I hope we are close to reaching the end of this particular cycle.

“You may not hear this often from a European Commissioner, but it is high time we got Brexit done,” he said.

But Mr Sefcovic was tight-lipped about what form further EU retaliation might take, if and when the Bill becomes law.

While Boris Johnson has signalled that he hopes to see the Bill in law before the end of the year, it is expected to face considerable opposition in the House of Lords.

The EU negotiator, who last met Foreign Secretary Liz Truss face-to-face in February, also declined to be drawn at length about the possibility of a hard border on the island of Ireland, if no solution can be found to the row.

Part of the motivation behind the Northern Ireland Protocol was to avoid such a scenario, but the alternative of checks on goods moving between Great Britain and Northern Ireland has angered unionists, who claim their position in the UK is threatened.

Asked directly if he could rule out a border on the island of Ireland, Mr Sefcovic said: “We will do everything possible, of course, to avoid it because it was first and foremost the driving interests and driving objectives in all these negotiations.

“That’s why we for the first time, and I’m pretty sure the last time in our history, have been ready to outsource the control of our external economic border to the UK Government.”

Ultimately, he said that it was about creating a relationship of “trust” between the UK and the EU, as he stressed the willingness of the bloc to compromise.

“Zero checks is not an option.

“Checking everything is not practical.

“Because post-Brexit, the pre-Brexit reality is no longer an option.

“And it is worth underlining that it is not for London to unilaterally change the game and decide what enters the EU’s Single Market.

“Such an approach amounts to a clear violation of international law.”

Mr Sefcovic used the spectre of the Russian invasion of Ukraine to stress that the EU and the UK are “natural allies”.

“Together with other partners, we have shown in our response to Moscow’s aggression that we will continue to stand side by side in the name of peaceful democracy,” he said.