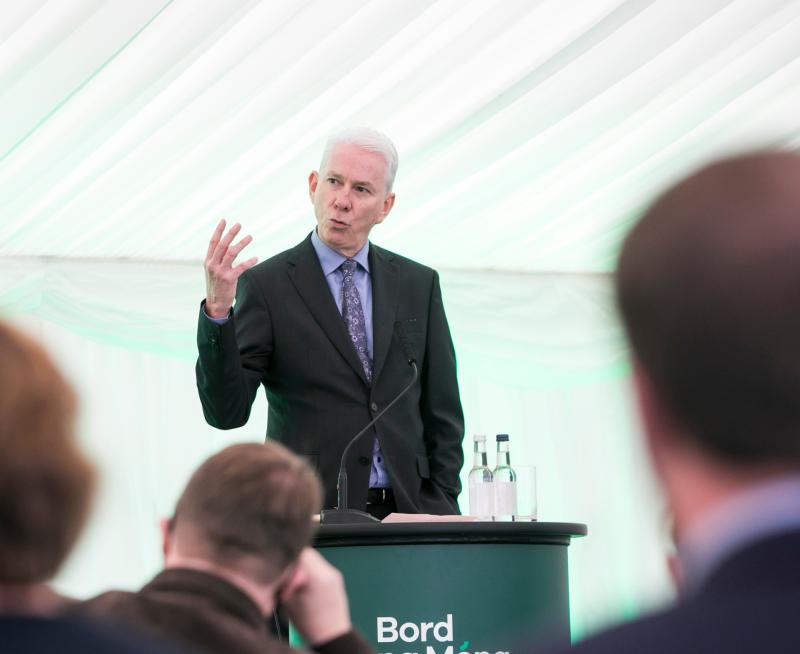 THERE are “endless” solutions and “significant opportunities” arising because of the climate emergency, Bord na Mona chief executive Tom Donnellan said on Monday.

Bord na Mona, a company continually under fire from some quarters in the Midlands because of its exit from peat and its transition from “brown to green”, will be continuing its relentless focus on what Mr Donnellan calls “climate solutions”.

“We announced in July over 1,400 jobs created in climate solutions,” said Mr Donnellan. “They're in areas of renewables where we're leading the build-out of renewables in the country in the area of wind, solar, battery, hydrogen. So we're a major player in that. We're going to power over a third of the country.”

He said the need for power, especially renewable power, is “greater than it ever has been so we're fulfilling that mandate”.

Bord na Mona has a number of renewable energy projects currently in construction, including the wind farm at Cloncreen, near Clonbullogue, Co Offaly.

“And we've other projects which are shovel-ready, ready to go,” he said.

“That continues to diversify into recycling of material and that company is growing and we've just made a major investment here in Tullamore.”

He said Bord na Mona is now the number two waste processor in the country “and growing.”

These are Bord na Mona workers who have switched from roles in peat harvesting to peatlands restoration where the bogs will be turned back “into carbon storage and carbon sinks”.

Currently the company has 100 open vacancies and he expects people to be attracted to the Midlands from Dublin and overseas.

He also said Bord na Mona had “enabled” about 335 jobs in companies which are moving into the company's various premises, citing Green Leaf, the agtech firm which will be based near Daingean, Co Offaly as one example.

Through its “invest and enable” strategy, Bord na Mona will invest in some companies and will provide facilities to others.

Mr Donnellan said Accelerate Green, the hothousing project which will be based in the former Boora peat works, is part of that strategy.

Along with Resolve Partners, they will have between seven and 10 companies participating in the first programme in spring 2022.

Bord na Mona hope the programme will “deliver significant opportunities” and some companies will “become bigger companies and major employers in the region”.

He said the launch of the Accelerate Green programme was a “call to action” to companies or people with ideas.

“It's growing employment numbers and our goal is that over the next four to five years we will be back at the employment levels we were when we started the brown to green strategy in 2018.

“I know some of you will say back in 1980 there was a lot more employees but I think through the third party companies we will be creating employment in those areas that will bring the social benefit to the economy.”