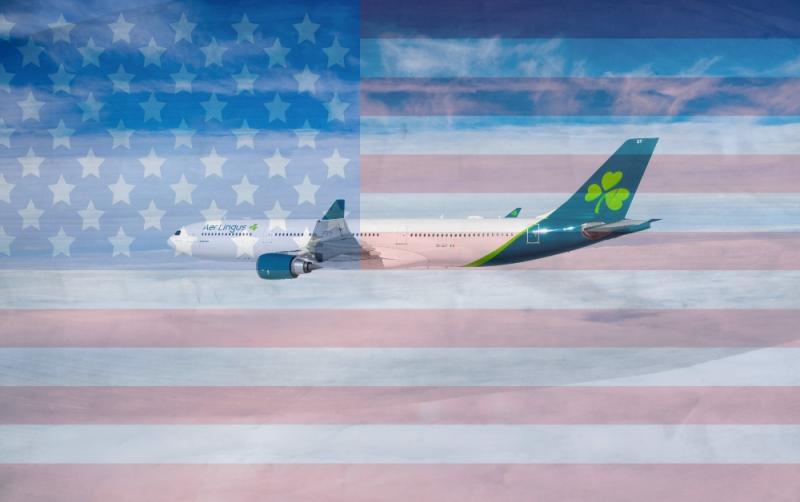 AER Lingus is now offering flights between Ireland and the United States in preparation for the easing of travel restrictions imposed by the US government in the coming weeks.

In what could be an indicator of the official date, passengers can book tickets to Newark from Dublin from as early as November 14 following confirmation by the airline.

"Irish customers ready to travel US-bound once the travel ban is lifted in November, can once again fly direct from Dublin to Newark and Orlando from November," it continued.

The US announced last month that it would lift the strict air travel ban imposed on non-US citizens travelling to the country in "early November."

Expectation is mounting with an announcement possible before the weekend on the official date. The US has this week also announced the lifting of travel restrictions with Canada and Mexico across its land borders for the same time in early November.

Irish travellers will be eagerly awaiting official word to book flights to visit the likes of New York during the Christmas period but they will still be expected to adhere to some restrictions.

"Before travelling, Aer Lingus customers are advised to use the airline’s new online travel support tool to search by destination and retrieve up-to-date tailored travel information based on their specific circumstances including vaccination status, return travel and flight connection requirements. Should plans change, customers can also avail of the ‘Book with Confidence’ flexible booking proposition until 31 December 2021," a spokesperson said.

What will the new US travel rules be?

Only fully-vaccinated people from Ireland, the EU and UK will be allowed to enter when restrictions lift. Passengers must have both doses for vaccines administered in two shots. Proof of a negative test will also be required before travelling across the Atlantic. Contact information will also be held by airlines for contact-tracing purposes if required.

The US Food and Drug Administration (FDA) recognises Pfizer, Moderna and Johnson & Johnson vaccines, but has so far not approved the Oxford/AstraZeneca jab. However, it is expected the AstraZeneca jab will be accepted for travel to the US as it has WHO approval.