HMV reopens in Limerick and vows to support local music 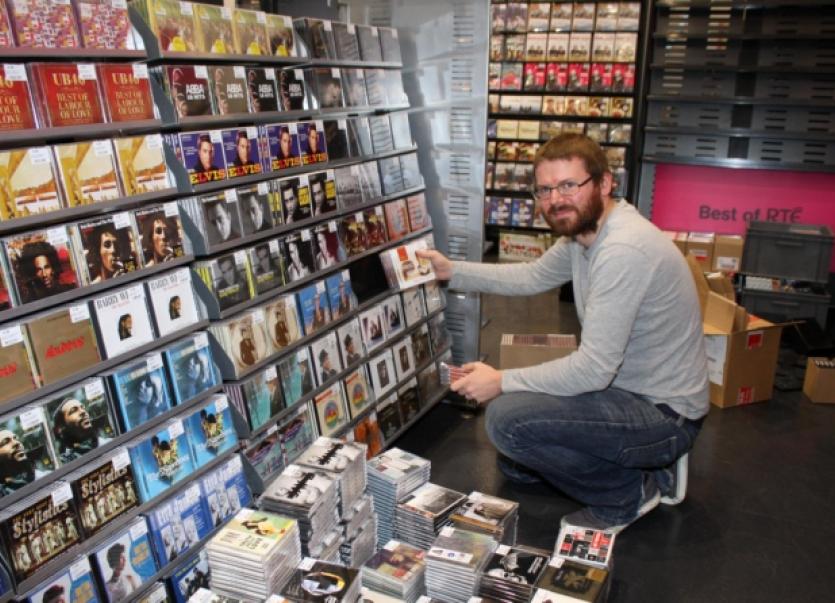 THE shelves are stacked, the posters are back up and the music is ready to play again in Limerick as HMV reopened this Thursday morning.

THE shelves are stacked, the posters are back up and the music is ready to play again in Limerick as HMV reopened this Thursday morning.

For the first time in nine months, Limerick has a commercial record store, as the iconic music retailer opened for business at the Crescent Shopping Centre.

But earlier this year, turnaround specialists Hilco Capital brought the chain out of receivership and unveiled plans to reopen its store in the Crescent.

And the vast majority of staff working across Limerick’s two original stores are now working in the Crescent.

Unlike before, HMV’s Limerick branch will be in a greater position to support local bands and provide more material unique to the Irish market - as the company is now operated from Tallaght in north Dublin.

This, staff say, was not possible when HMV was managed from London.

This means local bands’ music will be on sale, as will vinyl offerings - something which was phased out in HMV before it collapsed last year.

To celebrate the opening of the Limerick store, country/folk band Hidden Highways, who are signed to local record label Out On A Limb, will perform a gig in the reopened store at 6.30pm this Thursday night.

The store will then play host to regular live performances, with the chain inviting any aspiring bands interested in performing to visit HMV in the Crescent SC.

Former HMV Cruises Street manager Chris Keena, now a national music buyer with the firm, said: “I will be able to put a lot of emphasis on the local musicians, and make sure they have backing in our stores. There are so many good Irish bands on the road at the moment, and they do not have access to publicity.”

Staff were racing against time on Wednesday night to ensure HMV could reopen on Thursday morning, but they were confident they would be ready in time.

Assistant manager Damian Mullane, who had worked in HMV both in Cruises Street and the Crescent, said staff are very excited.

“There has been plenty of stress, but plenty of excitement in getting the place ready to go, and we are almost there now,” he said.

Manager Derbhla Peters said there has been a “huge number” of people asking staff when the shop would reopen.

Chris Keena said that the store plans to link up with live music venues including Dolan’s, to open pop-up shops in time.