Keith Hanley aims to be the Voice of Ireland 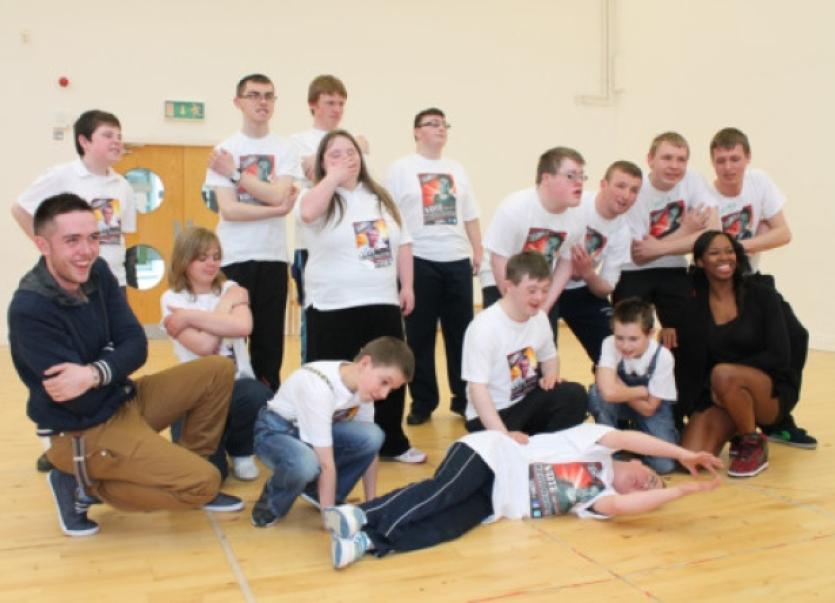 POPSTAR Jamelia got a hamper of cheddar from Golden Vale on her visit to Charleville, but she hopes her act, Keith Hanley, will be the one saying cheese after the tonight’s Voice of Ireland final.

POPSTAR Jamelia got a hamper of cheddar from Golden Vale on her visit to Charleville, but she hopes her act, Keith Hanley, will be the one saying cheese after the tonight’s Voice of Ireland final.

After the county’s other two acts got knocked out Keith is sure to get a big vote from Limerick as he considers himself half green and red.

The grandson of former cathaoirleach and long-time Ballylanders county councillor John Gallahue says the majority of his family is from Limerick.

“I’ve got great support from the county. It’s unfortunate that Aoife McLoughlin and Tammy Browne got knocked out so hopefully I can win it for Limerick and Cork,” said Keith, who wouldn’t be in the final of the Voice of Ireland without his late grandfather.

When he was 12 he told John Gallahue he wanted to be a singer recalls Keith’s uncle, Tom Gallahue. “Dad brought him into Funk Fusion stage school in Limerick and that’s how he started off. They were very close. I’m sure dad will be looking down on Sunday night,” said Tom.

Keith already got a taste of what it is like to be a popstar in Charleville last Monday morning when gardai had to be called due to the crowds who turned up to greet Keith and Jamelia. “After I got through on Sunday night I found out Jamelia was coming down,” said Keith.

Word somehow filtered out and the streets were lined with well wishers brandishing posters.

Weeks ago Keith told Jamelia he would bring her to Holy Family school in St Joseph’s Foundation if he got to the final.

He was as good as his word and they performed a hip-hop routine with and for children with special needs.

“That was amazing. All the service users in St Joseph’s greeted us we drove in. It started off in transition year when I did a week’s work experience. When they heard I had a background in singing and dancing they asked me would. I like to do a little session with the lads. It started there and I have been doing voluntary work, looking after them and sessions, for the last four years,” said Keith, who thanked all his family and friends for their “incredible support”.

Afterwards they battled through the crowds with the help of the gardai to his home in Holy Cross.

She was presented with a hamper of cheese by Golden Vale as she loves cheddar. Tom Gallahue even offered her some bacon and cabbage.

Keith has been busy all week rehearsing two songs for tonight’s show and “can’t wait” to perform them.

If he gets the votes to win Keith says if last Monday is anything to go by it will be like bringing an All-Ireland home.

The Voice of Ireland final will be broadcast on RTÉ One television tonight, beginning at 6.30pm.