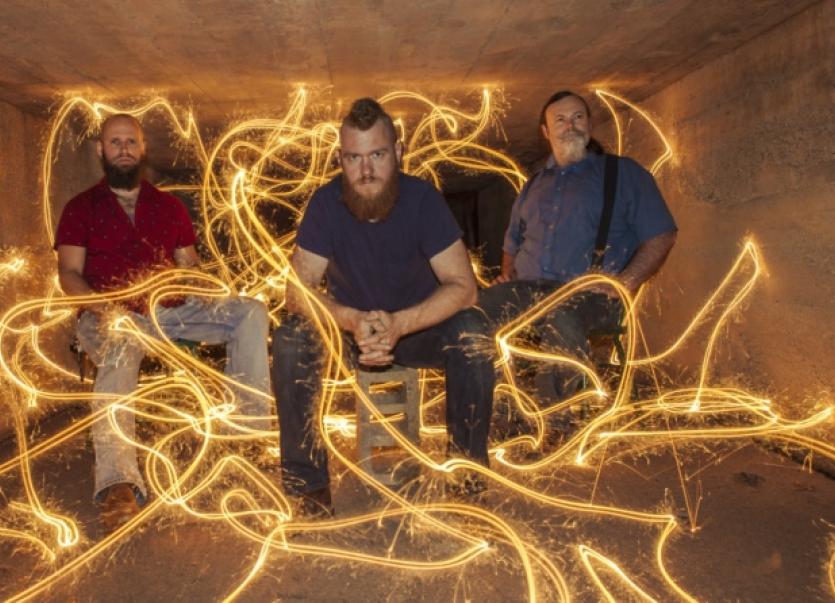 THE Ben Miller Band bring an intriguing show to Limerick this week as part of a short Irish excursion on a wider European tour.

THE Ben Miller Band bring an intriguing show to Limerick this week as part of a short Irish excursion on a wider European tour.

The trio - who hail from Joplin, Missouri - formed around the catchy songwriting abilities of Ben Miller and featuring Scott Leeper on the one-string washtub bass and Doug Dicharry on drums, trombone, trumpet, mandolin, electric washboard and spoons, play a gig for booker Seoda Shows on Wednesday, July 29, in Dolan’s Warehouse.

The eclectic trio, who refer to their beguiling, soulful and rootsy mix of bluegrass, delta blues, Appalachian mountain music stew as an “Ozark Stomp”, formed in Joplin, Missouri in 2004 and have gone on to impress across their native country, particularly on most recent offering Any Way, Shape or Form, produced by Vance Powell, who’s worked with Jack White and Kings of Leon.

“We came up with that term after we were sort of confounded by people asking us what kind of music we played. The reason we came up with ‘Ozark Stomp’ is that it’s sort of high-energy stomping music, and I think we sound a lot like where we’re from, which is the Ozark region,” explained Ben recently.

Indeed the trio opened for ZZ Top on a 2013 tour of Europe, wowing unfamiliar crowds on stages in large halls and arenas, including a triumphant set at the fabled Montreaux Jazz Festival. ZZ’s Billy Gibbons apparently said afterward: “I don’t remember having stood through an opening act’s show in quite sometime but I couldn’t seem to leave, they were that engaging.”

The Ben Miller Band, while only playing a handful of dates in Ireland, stop off at the Workmans Club in Dublin and Cypress Avenue in Cork as well as Dolan’s, venues all of which are an indication of their growing popularity and renown.

See www.dolans.ie for more details and to book tickets.