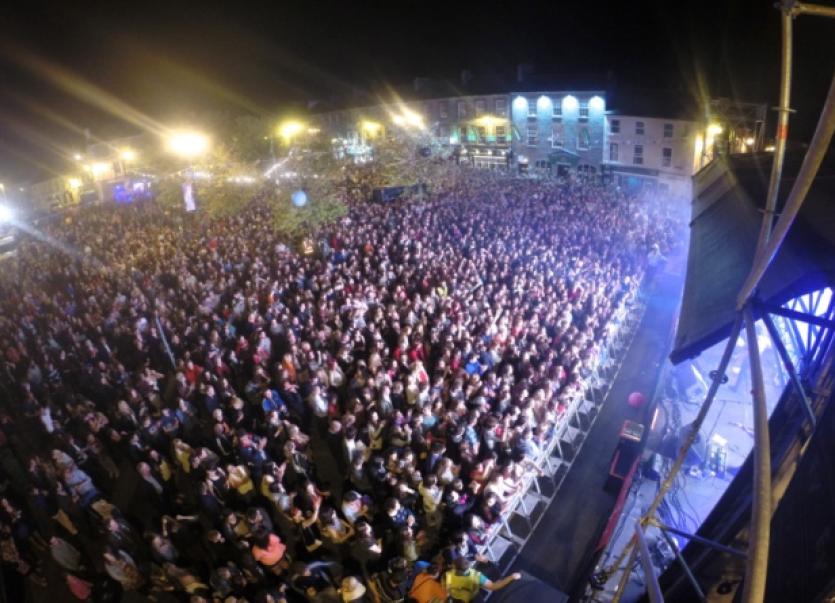 AUDIENCE numbers of over 35,000 are expected at this year’s Knights of WestFest, members of the committee have told local councillors, with the four-day festival expected to cost over €350,000.

AUDIENCE numbers of over 35,000 are expected at this year’s Knights of WestFest, members of the committee have told local councillors, with the four-day festival expected to cost over €350,000.

But the economic spin-off for Newcastle West for the September festival will be a multiple of this, the organisers stressed and they pointed out that up to one fifth of ticket sales now come from outside the county.

And they have also tracked the festival’s “reach” which now extends to over 40 countries globally. Last year, delegation member Declan O’Grady told councillors, accommodation in West Limerick was totally booked out for the event.

But now, the WestFest committee is hoping to get official backing and support from Limerick City and County Council in order to ensure the festival can continue to develop.

And last Wednesday, a delegation from the committee made their pitch at a meeting of the Newcastle West Municipal District.

Music festivals contribute hugely to the domestic tourist market, the delegation said in their presentation to councillors. But there is also an overseas market of over 400,000 to be tapped into.

For the first three years, the festival got grant aid from West Limerick Resources but this did not happen last year. WestFest, Mr O’Grady said on behalf of the delegation, is looking for €40,000 from the council. But the delegation was told it could be weeks before they get an answer to their request. And Municipal District chairman, Cllr Jerome Scanlan ruled that the discussion about the request should take place “in committee”, ie without any members of the media being present.

However, the Limerick Leader understands that councillors want to examine the finances of the festival, now a limited company, as part of their discussion. They also plan to look at how other festivals in Limerick are funded.

The crunch question is whether or not the councillors can use some of the General Municipal Allocation or GMA to fund the festival. The GMA fund of €275,000 has proved contentious as councillors have discovered that, despite being told it was a discretionary fund and therefore within their power to decide how it is spent, most of the fund had already been swallowed up in on-going maintenance and general contributions.

It remains to be seen whether they are willing to consider the festival as falling within “special projects”. €100,000 has been set aside under this heading, with a minimum recommended spend of €50,000 for such projects.

The indications so far are that councillors will earmark €50,000 for a feasibility study for a €1m athletics park in Newcastle West. But it might prove too hard for councillors to justify spending the remaining €50,000 on WestFest.

Last month, councillors in the Adare Rathkeale area refused to accept the management’s detailed list of GMA spending and they are seeking legal advice on the matter. They did however agree to allocate €50,000 to the Foynes Air Show.