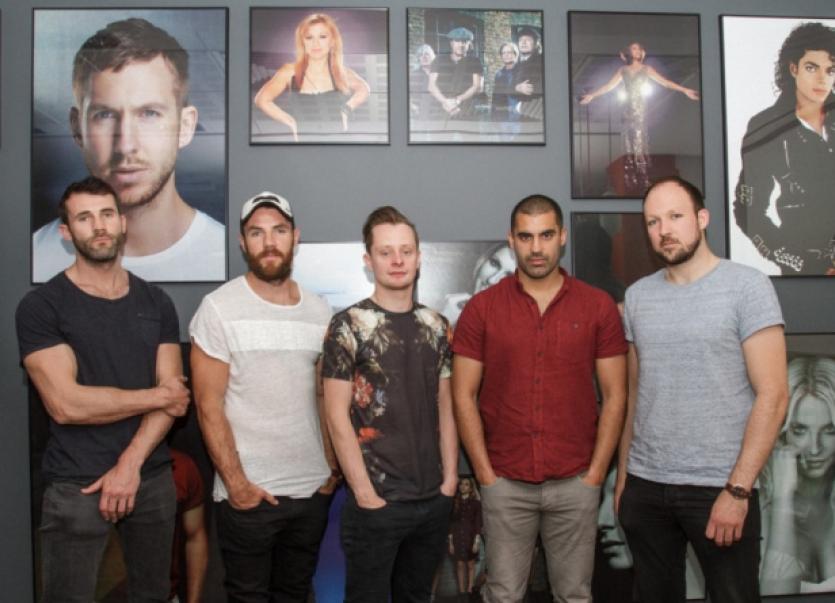 LIMERICK band Hermitage Green have signed a record deal with Sony, the Limerick Leader can reveal.

LIMERICK band Hermitage Green have signed a record deal with Sony, the Limerick Leader can reveal.

The five piece folk rock outifit signed this week after almost three months of wooing by the Sony Ireland subsidiary of the worldwide label. The deal is for one album, with the option of four more to follow potentially and was announced by the band this evening.

“We are delighted,” said Barry Murphy, part of the band with brother Dan, Darragh Griffin, Darragh Graham and Dermot Sheedy.

“We met the whole team, they are all very sound - they haven’t signed many artists in the last few years and they are promising that they have got their whole team behind us.

“It was enough for us to hear really. They are keen getting us out there and touring, which under the whole Sony umbrella will be pretty class. It is very exciting.

“They love the music, they really believe in us and that is the important part. I never really thought of it like that - but when you meet them and they are all really into to it and excited about it, that is great to hear as well.”

The group have evolved from playing back room gigs in older Murphy Brian’s Curragower pub in Limerick city to a major touring outfit with one live album under their belt and their signature was much sought after.

“We knew ourselves that, I don’t know if we could say that we were ‘ready’, but we just feel that we have stepped up a gear ourselves with writing,” said Barry.

“We are a bit more equipped now with the amount of songs we have, and we are ready to go.”

First up is new single Jenny, the video for which is out this Friday, with a physical release to follow on June 9.

“We had recorded an EP in January with Joe Chester which we were hoping to release, but they heard one of the tracks on it and that got us the signing,” said Barry of the single.

“They wanted us to hold off on the EP and release the single and then another one at the end of the summer and spend the summer working on the album to possibly have an itt for October. But all of this will be decided in the next week.

“It is great - it was a bit of a surprise but the second they heard it they said they loved it and that was it done.”

The message behind the single is a timely one, with the Limerick band putting their support for the marriage equality referendum on record through the song and particularly the accompanying video.

“The music video is pretty important to us, we put a good bit of effort into that - and it is based around the referendum, so hopefully it goes down well,” said Barry.

“We had an idea for a gay wedding - the girl is ‘Jenny’, who is struggling a bit in life and it finishes with her getting married in the end. We were worried that maybe people would - that it might end up being cringey, but it worked out really well, they are really talented guys that recorded the video and it just shows our support for the Yes vote - hopefully people enjoy it and get on board.”

And soon to come, the Limerick band will return to their native city for a show in the Spiegeltent for the Culture & Chips festival, with the album deal set to mark the celebrations out for some special treatment on Sunday, May 31.

“Really looking forward to it. We have done the Spiegeltent in Wexford and it was class,” said Barry.

“Obviously we love coming back and playing in Limerick and we love Dolan’s but it is great to have a change of scenery. We did the Big Top and it was a great experience - now this again is something different, it is a little bit more intimate I suppose but they will have a big audience, and it is run by Dolan’s so it will run by clockwork.

“It will be a celebration with this news too, so it will be great, it will be one of our big parties that night.”