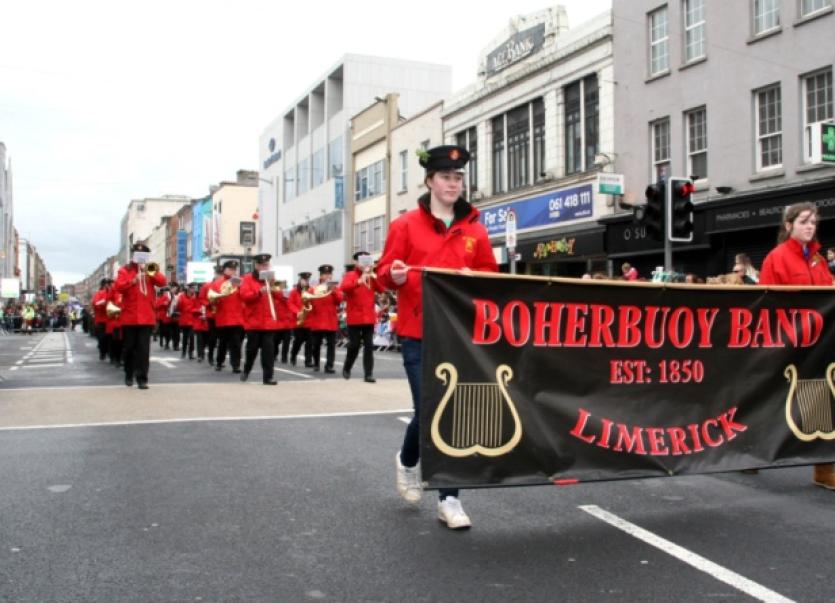 OVER 1,000 musicians from all over the world will march in Limerick’s International Band Championship.

OVER 1,000 musicians from all over the world will march in Limerick’s International Band Championship.

The event, part of Limerick’s St Patrick’s Festival, will take place on Sunday, March 15 and feature 22 marching bands from across Ireland, Europe and the USA.

There will also be a strong local contingent for one of the best supported events of the March calendar in the city, with thousands expected to line the streets ahead of St Patrick’s Day.

“The International Band Championship continues to be a firm favourite for both spectators and participants, with this year’s number of band entries higher than recent years,” said Mayor of Limerick, Cllr Kevin Sheahan.

“The huge number of participants as well as the large turnout by members of the public shows that the event continues to go from strength to strength.”

German band Musikappel Garmisch, along with three North American bands and a number of UK bands, have confirmed they will participate in the event.

These include the University of Southern Mississippi, who will bring 160 musicians, Charlotte High School, Chicago Police Band, the Friendship and Mayobridge bands from Northern Ireland and Romford Drum & Trumpet Corp from England.

The Redemptorists won Best Local Band, while winners of Best Youth Band, the Maghery Fife & Drum Band from Donegal, will be back to defend their title.

The overall parade champion title was won last year by the Orchestra of the Estonian Defence Forces. The winners will also be announced in Arthur’s Quay after the display.

“Limerick is immensely proud of this annual event and looks forward to welcoming hundreds of musicians and their families from all over the world as part of our St Patrick’s Day celebrations,” added the mayor.