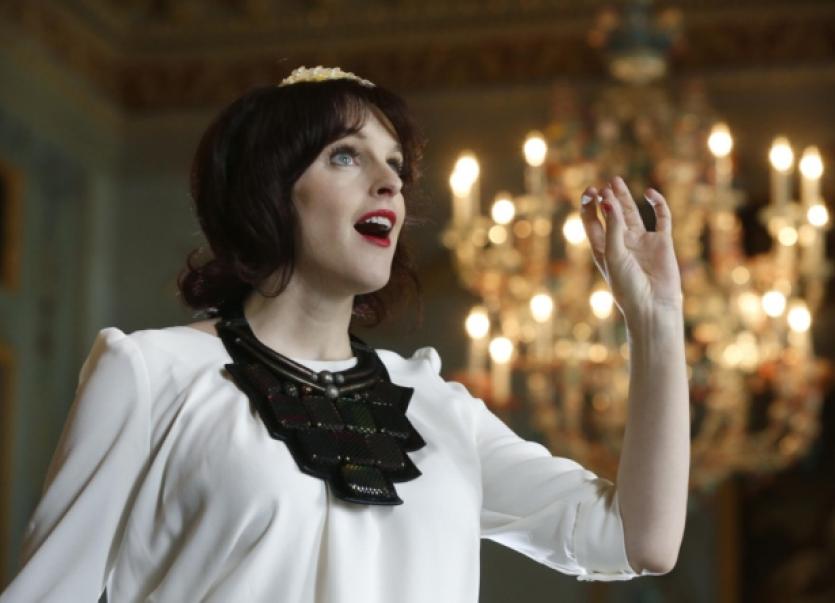 SONGSTRESS Julie Feeney has plenty on her plate. The three time Choice Music Prize nominee - and winner in 2006 - is writing an opera as well as thinking about her fourth studio album.

SONGSTRESS Julie Feeney has plenty on her plate. The three time Choice Music Prize nominee - and winner in 2006 - is writing an opera as well as thinking about her fourth studio album.

She is also coming to Limerick’s Lime Tree as a special guest with the Cork Gamelan Ensemble for its Telephones and Gongs gig this Saturday, a night after appearing at the Cork Opera House in her own headline show.

No ordinary orchestra, the Gamelan is made up of 66 bronze gongs and xylophones, drum, flute and two-stringed fiddle and marks its 20th anniversary with an ensemble show featuring Feeney, Iarla Ó Lionáird and the renowned dancer Colin Dunne, among others.

Julie is returning to Limerick for the first time since an exceptional gig at the Belltable not long before it closed and will make her debut both at the Lime Tree and with the Mel Mercier directed Gamelan Ensemble this Saturday.

“I haven’t performed there and I am looking forward to that, it will be my first time (but) I am only one of a number of performers,” she says, after describing herself as currently “up the walls”.

“It is the night after the opera house - one gig with a regular orchestra and then one with the Gamelan orchestra! I can’t wait.”

The Gamelan is the Indonesian equivalent of a western orchestra and collaborates with leading musicians, singers, poets, performers and dancers to create some unique and mesmerising concert performances. Feeney says that the shows and music it creates are “hypnotic”.

“It is completely different tuning and everything to what we are used to,” she says. “It is a beautiful sound, it is quite hypnotic. It is also very democratic, the way that they make the music and the culture that they come from, is all very equal.

“Whoever is on the beat and the melody, the different roles that they have are very equal, not like a rock band that might have solos. It is beautiful, very trance like. It is amazing to have an orchestra like the Gamelan in Ireland, it would be quite rare to see that.”

Malachy Robinson, principle double-bass with the Irish Chamber Orchestra - with whom Feeney recorded her 2009 album Pages - will also appear, as will composer and saxophonist Nick Roth, plus the charming West Cork Ukulele Orchestra.

“I have seen the show before and it is really lovely and varied, because of the way Mel (Mercier) puts it together,” says Feeney.

“He always presents it in a very interesting way, so that the people he has coming on are very contrasting. It is a really enjoyable structure in the show, the way that he puts it together.”