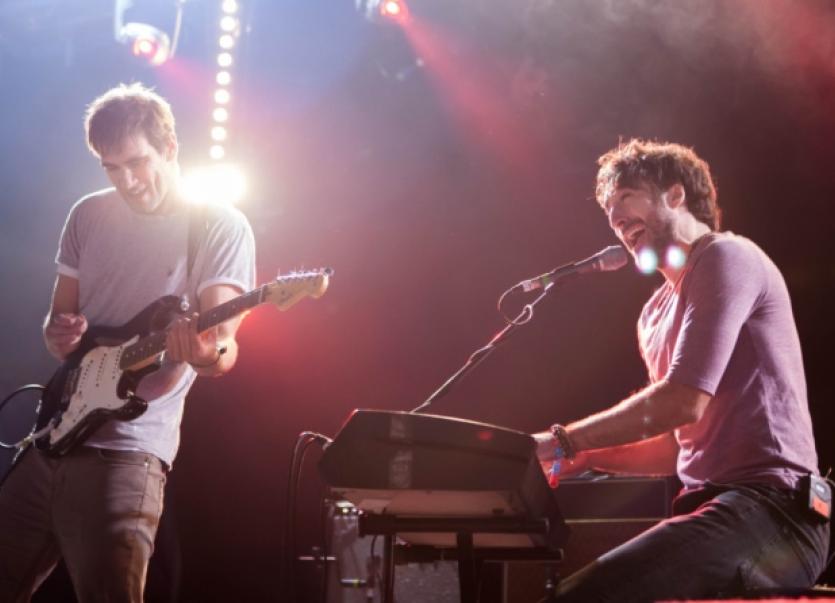 A YEAR shy of its tenth birthday, Mitchelstown’s Indiependence boasted its “strongest line-up ever”, with 5,000 music fans making their way to the three day music and arts festival at the weekend.

A YEAR shy of its tenth birthday, Mitchelstown’s Indiependence boasted its “strongest line-up ever”, with 5,000 music fans making their way to the three day music and arts festival at the weekend.

With White Lies, Tom Odell, Public Enemy headlining and Hozier, The Coronas, The Minutes and a host of top Irish and international acts filling out the bustling, 100 act bill, Indiependence boasted a line-up to rival much larger festivals dwarfing its boutique nature.

This year was the fifth to take place at the green-field site of Deer Farm in Mitchelstown. At just 45 minutes from Limerick city, it is a popular one with music fans in the area, and is run by UL graduate Shane Dunne.

“We are very happy,” he said. “We were lucky with the weather, we had showers on Friday and Saturday but had a great day Sunday and the site was in good nick, it is 99% grass so that helps. It was a good weekend.”

Despite the Fun Lovin’ Criminals being a late withdrawal - replaced by seminal Irish band the Frank and Walters - The Coronas were a surprise late addition, playing the HMV stage on Saturday afternoon.

“They wanted to come down, so we worked out a little surprise, a last minute slot,” said Shane.

“Obviously it has been booked for the last 4 or 5 months, but we didn’t announce it until the Thursday evening before the festival when we were pretty much sold out. It was a great surprise for a lot of people, if you saw the crowd trying to get into the gig, it meant a lot.”

Indiependence started out life as a festival in Mitchelstown square, before the move to the green field site and asked about how it compared to previous years, Shane said: “I think we took a big step up, it was a lot better laid out. Obviously the weather helps, the site was in good shape.

“This is the strongest line-up we have ever had by a long way. There is no real plan to grow it, it is doing well, people enjoy it. In general we are happy, we will make a few little changes but just try and do what we have done every year and just make it that little bit better year on year.

“Next year we will be ten, it will be our tenth birthday, so we will have to put a little plan in place for that!”