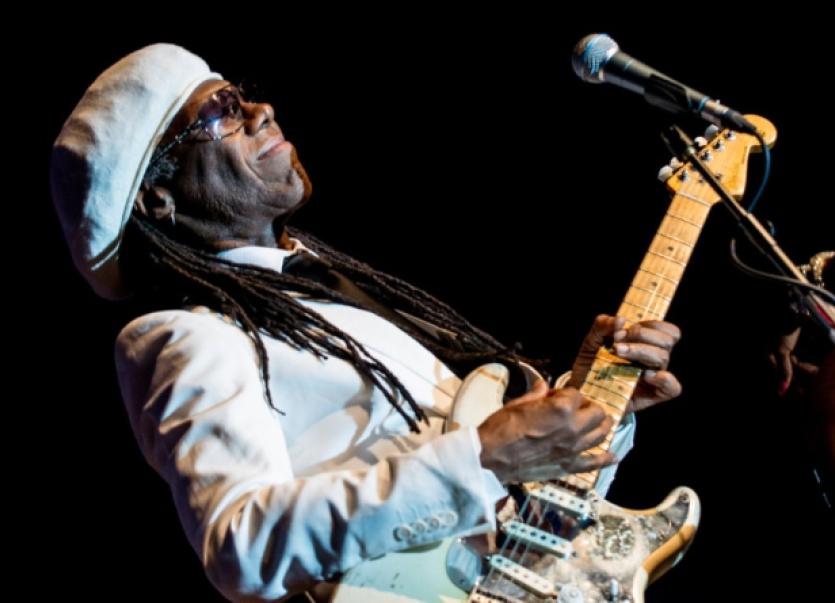 TOP UK trip-hoppers Portishead are among the headliners unveiled for this year’s Electric Picnic music festival.

TOP UK trip-hoppers Portishead are among the headliners unveiled for this year’s Electric Picnic music festival.

The cult act make their debut at the festival together with a reformed Outkast, Beck, Foals, Pet Shop Boys and Paolo Nutini on the initial line-up announced this morning.

Chic, featuring Nile Rodgers, who played to such aplomb in Limerick’s Big Top last year, will return to the rolling lawns of Stradbally for another high profile gig, along with acts such as Lily Allen, St Vincent, Simple Minds, London Grammar, Metronomy, Slowdive, The Blades, Laura Mvula, Annie Mac, Flume and the Stranglers.

Also announced for the festival, which runs from August 29-31, are Omar Souleyman, The Wailers, Stephen Malkmus and The Jicks, White Denim, Temples, Sohn, Jungle, FKA Twigs, Bicep, Kaytranada and John Wizards, with many more to be announced.

The popular Body & Soul, Trailer Park, Salty Dog, Red Bull Music Academy and Comedy stages all return, as do Trenchtown and Casa Bacardi and the Mindfield, Theatre of Food and Global Green areas.

Electric Picnic are to again use the ‘loyalty offer’ that was debuted to much success last year, with those that have attended three or more Picnics to get weekend camping tickets for €154.50, two or less going for €174.50 and €194.50 if you haven’t been before.

This offer starts at 7pm tonight until midnight on April 18. Thereafter tickets will be €194.50, until July 4, when the price increases to €229.50. Campervan Tickets for access to Regular and Family Campervan Parks are €60.