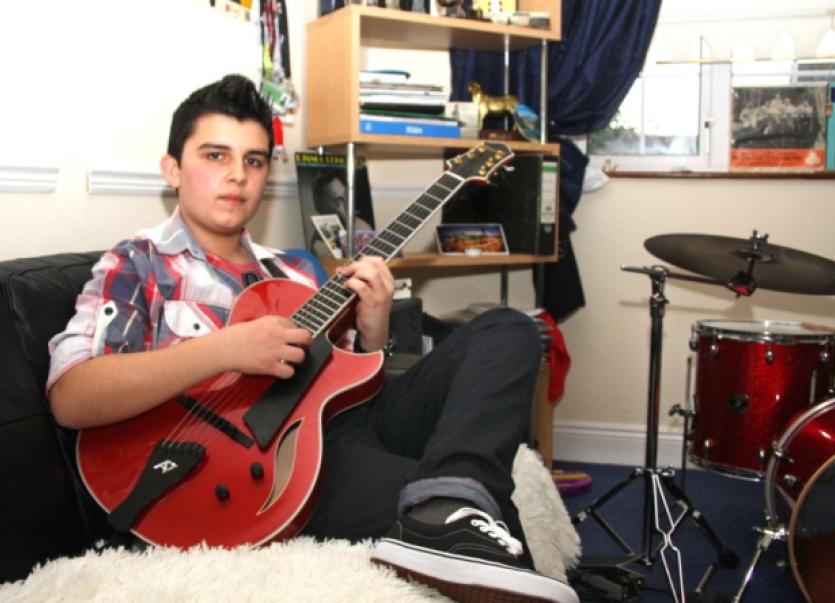 The 17 year old guitar prodigy - from Slovakia but living in Limerick for many years with his family - has been nominated for the Best Jazz Act at the Mobo Awards.

“At 17 years old, Andreas Varady is a Slovakian jazz guitarist that has been regarded as a child prodigy,” says the blurb on the Mobo website.

“Performing internationally since the age of 13, he recently released his first album in August,” it adds.

The award is to be voted on by the public.

Andreas, who lives on Fr Russell Road with parents Bandi and Beata and two siblings - has long been recognised for his virtuoso guitar playing abilities.

Signed up by record producer Quincy Jones’ management company several years ago, he recently released debut album Come Together in the summer.

The album was produced by Jones and David Foster, as well as David Paich of Toto.

To vote for Andreas, seewww.mobo.com/voting/best-jazz-act.