The Strypes among new additions to Electric Picnic line-up 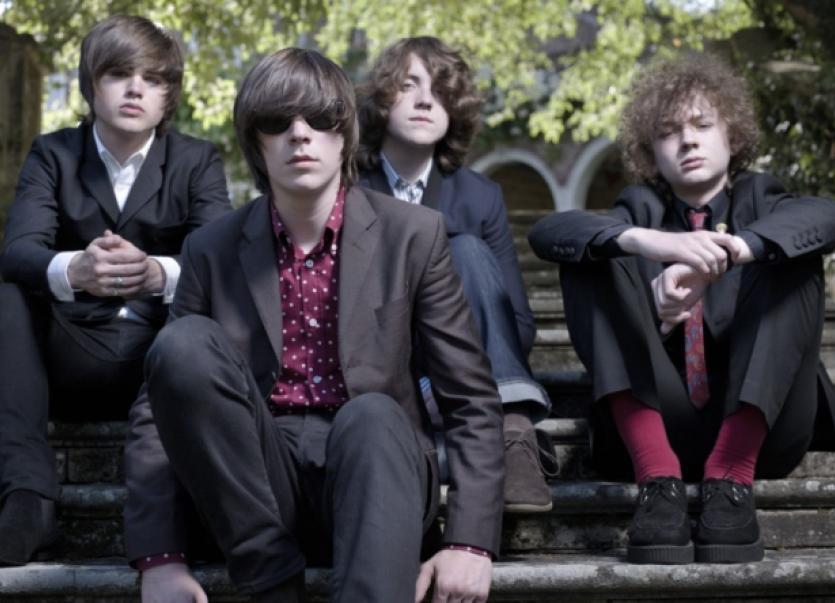 TEENAGE sensations The Strypes are among a list of 23 new acts added to the line-up for the Electric Picnic festival.

TEENAGE sensations The Strypes are among a list of 23 new acts added to the line-up for the Electric Picnic festival.

The band, who boast strong links to Limerick among their backroom team, add the Stradbally date to a booming 2014 that has included rave reviews in Rolling Stone, an acclaimed performance on David Letterman’s show and selling out gigs across Europe.

The Cavan foursome will interrupt their recording with Paul Weller to play the Picnic and as soon as they play their final note will jet off to London for a second show that same night.

Among the other acts added to the music and arts festival line-up are James Vincent McMorrow, SBTRKT, Bombay Bicycle Club, Wild Beasts, The 1975, Hozier, Hercules & Love Affai and Cathy Davey.

Iconic band Blondie along with Irish icon Sinead O’Connor, post-rock maestros Mogwai, LCD Soundsystem frontman James Murphy, R&B Queen Kelis, the beguiling Neneh Cherry and indie rockers The Horrors were all added to the line-up in May, along with dance DJ and producer Duke Dumont and Irish band Ham Sandwich.

Those acts added to a bustling three day line-up that already included UK trip-hoppers Portishead, making their debut appearance in Stradbally, together with Nile Rodgers and Chic and a reformed Outkast plus Beck, Foals, Pet Shop Boys and Paolo Nutini.

Acts such as Lily Allen, St Vincent, Simple Minds, London Grammar, Metronomy, Slowdive, The Blades, Laura Mvula, Annie Mac, Flume and the Stranglers are already on an impressive bill for the August 29-31 festival, at which the popular Body & Soul, Trailer Park, Salty Dog, Red Bull Music Academy and Comedy stages all return, as do Trenchtown and Casa Bacardi and the Mindfield, Theatre of Food and Global Green areas.