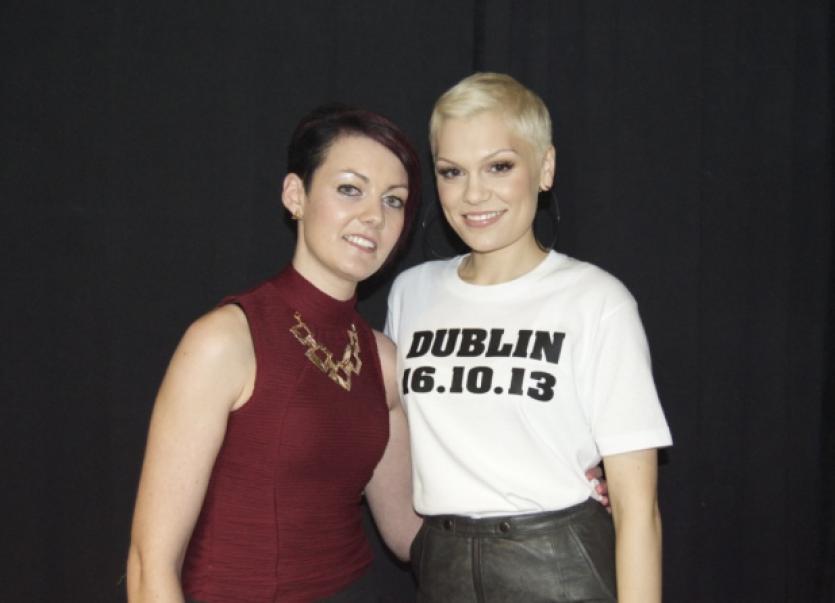 THERE wasn’t a price tag high enough for local singer Rachel Prior, as she met her idol Jessie J at her gig in Dublin.

THERE wasn’t a price tag high enough for local singer Rachel Prior, as she met her idol Jessie J at her gig in Dublin.

Aspiring city centre vocalist Rachel was one of the few lucky people to meet the singer when she played Dublin’s O2 Arena earlier this month.

And although they did not get to chat for long due to the star’s hectic schedule, Rachel revealed: “She was lovely, really nice and down to earth. I told her that I quickly wanted to say I respected her as both a person and an artist. She was very sincere in her thank you. I think she was delighted with it. She said she hoped the show would prove how genuine she is.”

Rachel has been performing with the Limerick Gospel Choir since 2005, and released her first solo album in 2011.

She said she has looked up to Jessie J ever since she came to public prominence in 2010.

Unlike other superstars, Rachel feels Jessie is very down to earth - as well as a good influence to youngsters.

“I find her a lot different than a lot of other artists out there. It is only small things. I like of a lot of Rihanna’s music for example, but on Instagram, stars like her share pictures of themselves smoking weed, or drinking, things they should not be doing. Whether you like it or not, you are a role model to young children. Jessie J is different to that. She might hold a can of Sprite. She seems very normal, very humble. You wouldn’t think she is famous,” Rachel told the Limerick Chronicle.

Rachel volunteers with Corbett Suicide Prevention Patrol, walking the banks of the Shannon a number of nights each week in a bid to stop people who may be contemplating taking their own lives.

She said the message of Jessie J’s ‘Alive’ tour is very pertinent.

“She stressed the importance of being alive, to be happy and live life,” Rachel said. Rachel is seeking funding to record a new album, and remains confident she will succeed.

“I have big plans and determined to make them a reality,” she said confidently.

You can find out more information on her at www.rachelprior.com, or through Facebook by searching ‘rachelpriorireland’