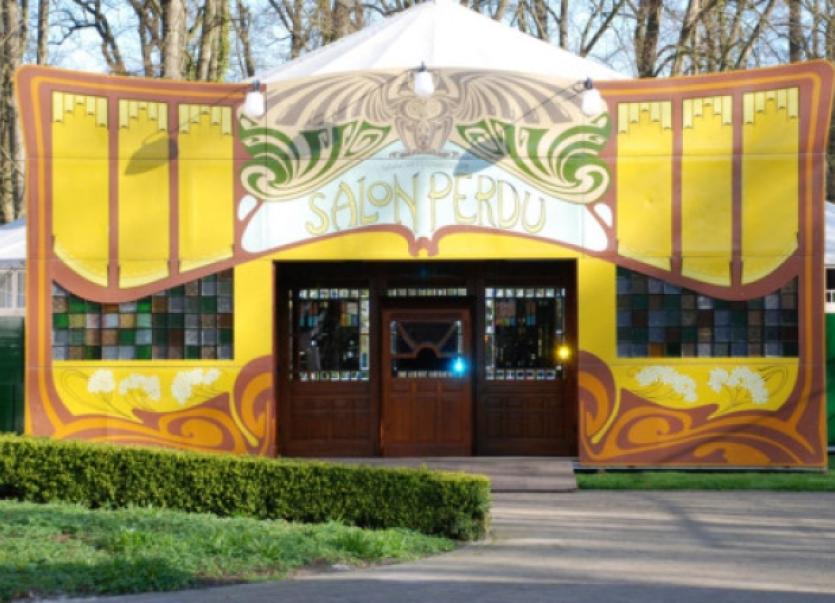 IT has played host to luminaries as diverse as Bill Clinton and Marlene Dietrich and is now coming to Limerick.

IT has played host to luminaries as diverse as Bill Clinton and Marlene Dietrich and is now coming to Limerick.

The Salon Perdu Spiegeltent, described as the ultimate cabaret and music salon, will come to Limerick for Culture & Chips, the quirky food carnival taking place in the city over the June Bank Holiday weekend.

Classed as a European Mirror Tent, these hand-made pavilions have been used as travelling dance halls, bars and entertainment salons since the early 20th century and Nigel Dugdale of the festival organising team, said they were “extremely excited about the arrival of the Salon Perdu” in the city.

“It is a superb Art Nouveau style Spiegeltent with a capacity to hold up to 400 people standing,” he explained.

“We have confirmed acts like Jack L and the Jerry Fish Electric Sideshow as well as a locally produced Cabaret and a magnificent Culinary Banquet.

“All of these events will take place in a setting never before seen in Limerick,” he added.

The tent will be set up in Arthur’s Quay Park for the weekend of the festival, and will boast a fully licensed bar. This particular Salon Perdu was a favourite of Marilyn Monroe and is decorated with an opulent rich burgundy velvet draped ceiling, mirrored dance floor pillars, stained glass windows, private seating booths and sumptuous period lighting.

It is owned by Dutchman Jan De Kruijf who travels the world erecting the structure, 12 to 15 times a year. Its locations have varied from a dinner show below New York’s Brooklyn Bridge to the massive music festival, Lowlands, the Dutch equivalent of Glastonbury.

“The Spiegeltents have travelled across the globe and are lovingly restored and adapted from the 1920’s to suit modern health and safety requirements,” he said.

“Limerick is set to welcome a fantastic new venue right in the heart of the city which will create a romantic and enchanting setting for all who attend the Culture & Chips carnival.”

Culture & Chips is taking place over the June Bank Holiday weekend in association with City of Culture.

To book tickets for any of the events visit Culture & Chips.