Pallaskenry students take to the stage for Hairspray 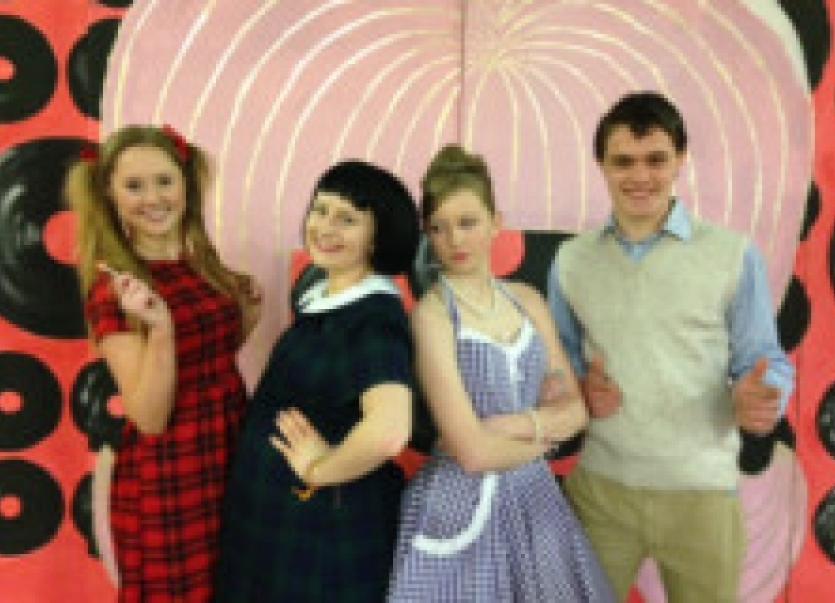 Transition Year students at Salesian Secondary College, Pallaskenry are preparing to tread the boards once again for their annual musical.

Transition Year students at Salesian Secondary College, Pallaskenry are preparing to tread the boards once again for their annual musical.

This year’s production is the ever popular Hairspray - a show packed with colour, energy, dancing and singing which traces the roots of the segregation days in 1960s America.

There are over 50 kids involved this year, all under the leadership of Miriam Ball who returns again as director and choreographer.

“It is the story of a young girl who does not quite fit in and wants to be one of the popular kids on a TV show. Eventually she overcomes the odds with her bubbly personality,” explains Miriam, who has directed the Pallaskenry musical for the last seven years.

Initial auditions took place in December, with rehearsals beginning at the start of January. All the Transition Year students in the school have role in the production - either on stage on backstage and this has given them a great opportunity to mix and get to know each other.

“The big thing about musicals is the team building,” says Miriam. “Some students may be academic, some may be sporting but they are all thrown together for the show.”

She adds that teachers are often “pleasantly surprised” to see how well the group interacts and works together.

With lots of song and dance numbers and plenty of excitement, this promises to be another big hit.

The group will stage three productions in the school hall this Thursday and Friday, March 6 and 7. As well as shows at 8pm each evening, there will also be a matinee for local primary schools on the Friday.

Tickets will be available on the door or by contacting the school on 061 393105.