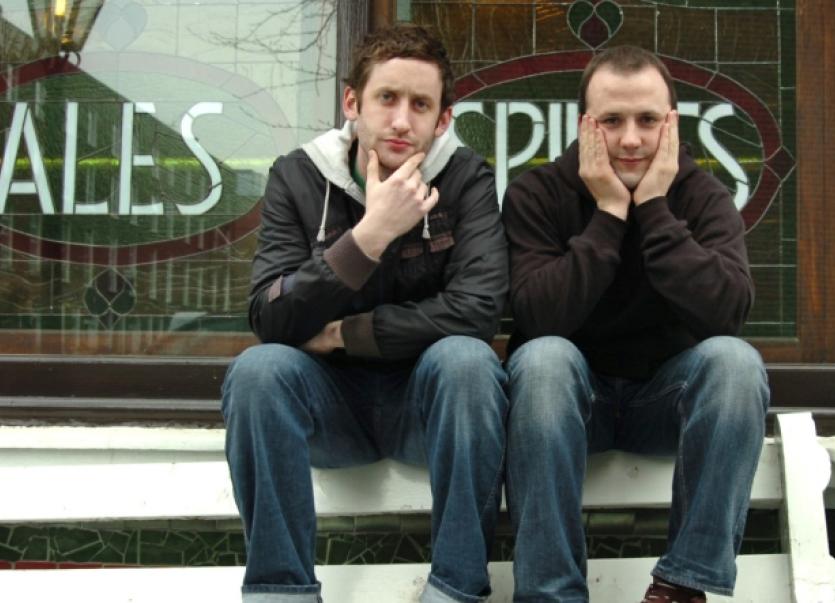 MUSIC fans are rejoicing at news of the one off reforming of Limerick band Giveamanakick for their old label’s 10th birthday bash later this summer.

MUSIC fans are rejoicing at news of the one off reforming of Limerick band Giveamanakick for their old label’s 10th birthday bash later this summer.

Local independent label Out On A Limb records have persuaded the disbanded duo to reunite for a one-off gig in Dolan’s Warehouse on August 10 to mark the Limerick label’s 10th year.

Steve Ryan - of Windings - and Keith Lawler, who were the first band to release on OOAL, amicably split in late 2009 after seven years together, releasing three critically acclaimed records and touring the world with the likes of Dinosaur JR along the way.

Their last gig was in Dolan’s on December 18, 2009, with Steve saying at the time: “We realised we had achieved everything we

set out to achieve in the first place, and we would both like to do our own things now at this stage.”

Persuading the much loved Limerick duo to reform marks quite a coup for OOAL, who are still based in Limerick and has been run by Richard Bourke and Ciarán Ryan since 2009.

The label will host two gigs on August 10 in Bourke’s on Catherine Street and Dolan’s to herald their tenth birthday milestone.

An afternoon matinee show – run by Seoda Shows – will take place in Bourke’s, featuring Owensie, Hidden Highways, and Peter Delaney, while the later action will move to Dolan’s with current label acts Crayonsmith, Elk, Jogging, and windings all to feature on the night alongside Giveamanakick.

Tickets priced €10 cover entry to both venues. Please note that capacity at Bourkes is limited. Tickets will be available from Dolan’s Bar, Bourke’s Bar, and dolans.ie from June 17. See the OOAL website for more.