Limerick women battle it out to remain in The Voice 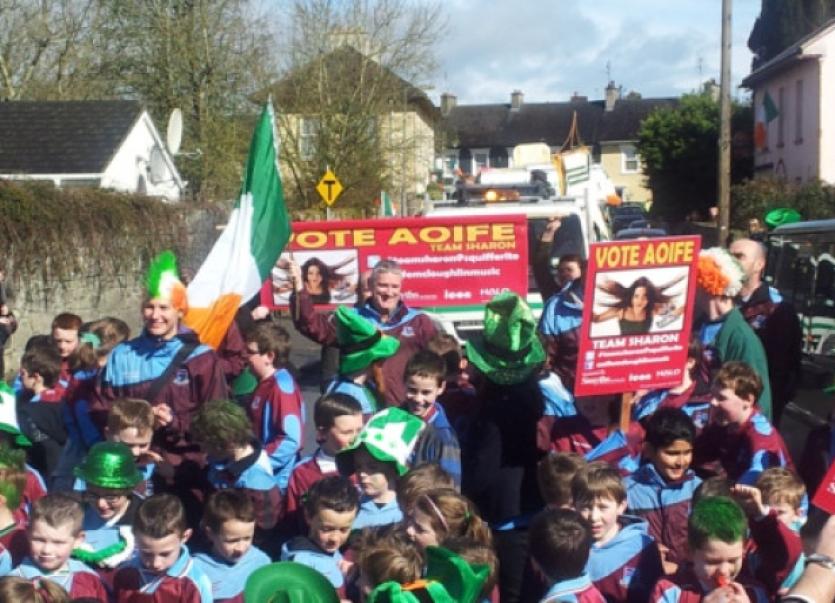 TWO Limerick-based singers are to battle it out this Sunday night to remain in the hit RTE talent show The Voice of Ireland.

TWO Limerick-based singers are to battle it out this Sunday night to remain in the hit RTE talent show The Voice of Ireland.

Both Aoife McLoughlin and Tammy Browne are on Sharon Corr’s team with only the winner of the most public votes guaranteed to progress. One contestant from each of the four teams will go through in this fashion with a wild card fifth to join them through a combination of public voting and judges scores.

Aoife, 29, from Dooradoyle, who is so serious about a career in music that she has given up her job at Brown Thomas to concentrate on the competition, said she had been overwhelmed by the support she had been getting in Limerick and around the country.

“I’m amazed by it. I’ve been getting so many e-mails from people of all ages and backgrounds, young and old, male and female, saying how proud they are that I am representing Limerick. It really is pushing me to give my all in the next performance. It really means a lot to get messages and long e-mails from young girls saying they have been inspired by me,” said Aoife.

Since a spine-tingling performance of Nancy Sinatra’s Bang Bang in her first audition gave her a choice of three mentors, Aoife has proven a crowd favourite, winning a public vote on St Patrick’s Day to make it this far. Inspired by the likes of Tim Buckley, Leonard Cohen and Neil Young, Aoife is keeping her song choice for this Sunday night’s show under wraps but promises an “upbeat number”.

Also looking for public votes this Sunday night is Tammy Browne, a 30-year-old native of Newbridge who has made Limerick her home for the last three years.

Her performance of Rihanna’s Unfaithful on March 24 proved a huge hit with the voting public even though the genre is “out of the comfort zone” of a singer who loves to belt out country numbers.

“From the judge’s comments last time I know I have to up it in terms of performance and I’m going to have dancers and all that kind of stuff. I can’t say what I’m singing but it is a really big song where I have to be a bit more flirty and sassy. Hopefully it goes in my favour,” said Tammy, who has thanked the people of Limerick for all their support.

Also appearing this Sunday (RTE One at 6.30pm) is Charleville’s Keith Hanley, who after scoring perfect 10s with two judges last time out has been installed by Paddy Power as favourite to win the competition outright.