Giveamanakick Out On A Limb for label’s tenth bash 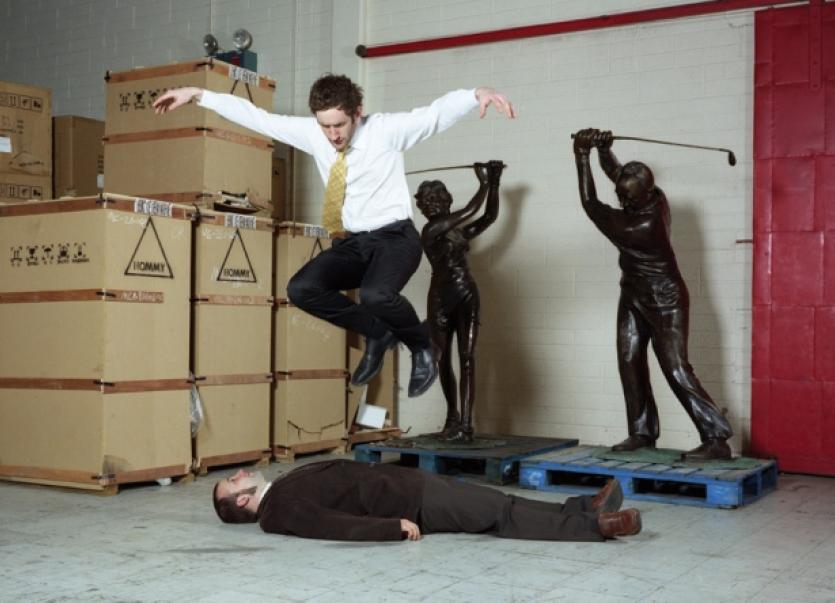 STEVE is strapping on the gas mask and Keith is tightening his drums ahead of a major reunion for Giveamanakick - the first since the noisenik duo amicably split in late 2009.

STEVE is strapping on the gas mask and Keith is tightening his drums ahead of a major reunion for Giveamanakick - the first since the noisenik duo amicably split in late 2009.

The reformation is taking place in honour of Limerick record label Out On A Limb, which celebrates its tenth birthday this Saturday with a major bash in Dolan’s and, earlier that day, in Bourke’s Bar.

The label was set up in 2003 by Richard Bourke and Albert Twomey - and Ciarán Ryan later that year - specifically to release Giveamanakick’s debut album Is It OK To Be Loud, Jesus?

Later label mates were Cork band Rest and then lumanaries such as Waiting Room, Ten Past Seven, windings, Hooray For Humans, Crayonsmith and most recently Owensie, Hidden Highways, Elk, Jogging and Peter Delaney.

“We are dead excited about it,” he explains, “we managed to get a practice in last week and it slotted together nicely, we both remember the songs, it is going to be great fun.”

“It is exactly ten years since we released our first album, we were the first release. We are really delighted to get the opportunity to celebrate that fact - it is a great thing and was set up out of necessity to get music from Limerick out around Ireland.

“People can look at the label from Limerick and think ‘they made stuff happen for themselves’ and didn’t wait for someone else. If that is its lasting impact, that will be very cool.”

Peter Delaney, Hidden Highways and Owensie will perform in Bourke’s Bar on Catherine Street from 3pm on Saturday. Crayonsmith, windings, Elk, Jogging and Giveamanakick will take to the stage in Dolan’s Warehouse from 8.30pm. Tickets cost €10 and cover entry to both venues and are available from the venues.