The Rubberbandits booked for Shakespeare’s Globe 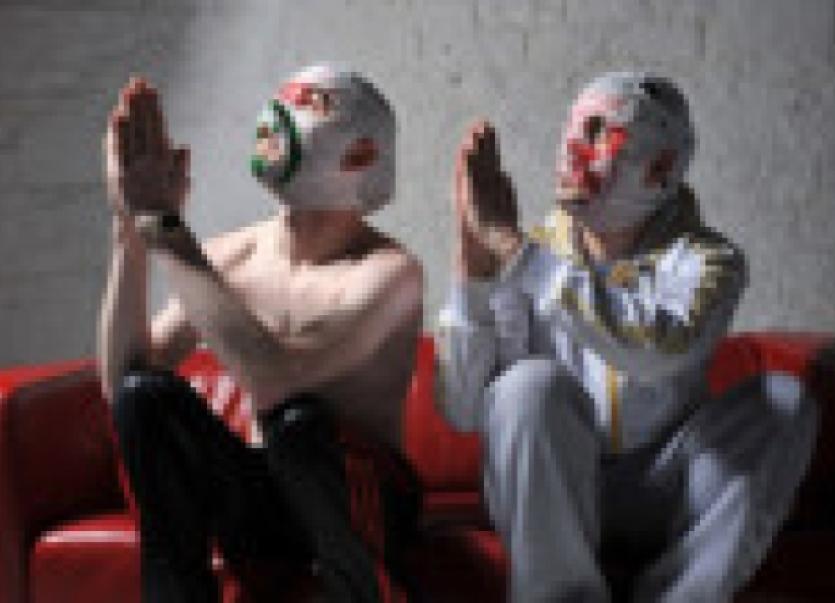 THEY are the plastic bag wearing kings of satire, social commentary, versatile hip-hop music and are now bound for an appearance at Shakespeare’s Globe theatre.

THEY are the plastic bag wearing kings of satire, social commentary, versatile hip-hop music and are now bound for an appearance at Shakespeare’s Globe theatre.

The Rubberbandits will perform two gigs at the famous London theatre in March of next year, a sign of the Limerick duo’s increasing popularity in the UK.

The Bandits are currently in the midst of a 30-date run at the Edinburgh Fringe Festival after selling out a run of gigs that Time Out magazine billed the most popular comedy show in London last month.

News of the Globe booking has been labelled “a huge step in their career internationally” by a spokesperson, with the duo now on the same management roster as Graham Norton and Michael Fassbender.

“UK critics and audiences are giving the ‘Bandits work the attention it merits as serious social satire,” said the spokesperson.

“Being the first Irish act to play Shakespeare’s Globe theatre in 2014 is an indication of just how seriously they are being heralded.”

The Bandits have said they are “honoured” to be asked to perform in the theatre, located on London’s Southwark, just yards from the original theatre where Shakespeare’s work was performed.

“We’re both really honoured. I remember back in school that he made a play called The Merchant of Ennis and we love Ennis. We go there for carvery lunches every fortnight,” said Blind Boy Boat Club.

Asked how they are enjoying lengthy stints performing in London and Edinburgh, the plastic bag wearing rapper said: “It is great craic, the Tans are pure sound because they become overwhelmed with ancestral guilt whenever they meet an Irish person.”

“Primarily they enjoy our sex appeal. At the end of the day we’re like a pickled version of Boyzone. Except we take our tops off and wear shorts all the time. We smoke loads of fags too, and women love that,” he added with a laugh.

The duo have been booked to headline BBC 3’s coverage of the Edinburgh Fringe, where they won an award for most original act last year, continuing a love affair with British television that began with a Channel 4 series, directed by Declan Lowney of Fr Ted fame.

A spokesperson pointed out that the duo, who are still only in their 20s, “maintain as much creative control as possible over their output”, an approach that results in their work having a “unique and original voice”.