Everything will be ok for Limerick band whose star is rising 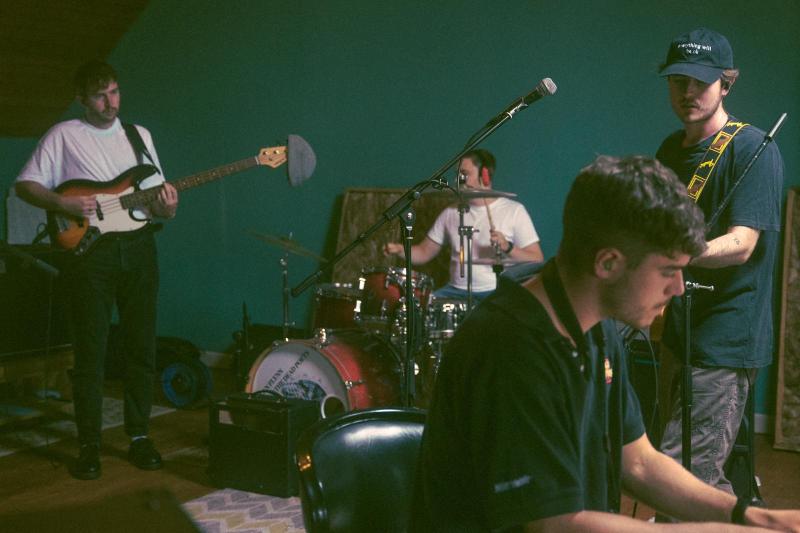 FOR a single called everything will be ok, the timing couldn’t be more perfect.

Although the song, the latest single from Dylan Flynn and The Dead Poets, isn’t about leaving the pandemic behind, the lyrics have a mighty appeal and seem to hit the mark.  “It takes some time, Just wait a while, It won’t last too long,  Everything will be ok.”

The single will launch next Wednesday, and is the Limerick city group’s fourth single of 2021 and part of their ‘crazy, how we live like this’ collection to be released later.

“This track is the first track we have ever released that wasn’t played live first,” says Dylan. “I think that allowed us to experiment with new ideas in the production, which overall led to us creating a fresh sound. If you listen to this next to any of the tracks that came before it, it sounds very different.”

Like many other bands, this Limerick city based five-piece is well used to taking the DIY route.  They self-record and self-produce on the Limerick-based collective BitDepth.

And their star is rising. In 2021, they have clocked up 25,000 streams on Spotify and their tracks have also been heard across stations such as Today FM, RTÉ 2XM and SPIN SW. This Limerick-city five-piece has also seen their music featured in Hot Press, Golden Plec and Indie Buddie.

The new single has a 90s inspired Alt Rock/Indie sound mixing heavy guitar energy with acoustic and comes in with a booming bass line and drums.  It creates a groove that you won’t soon forget, according to Dylan.

But you won’t have to wait until next Wednesday’s launch to see and hear the band. They play  support to The Frank and Walters at Féile Forever this Saturday, September 4 and are set to play a headline show in Limerick next month.