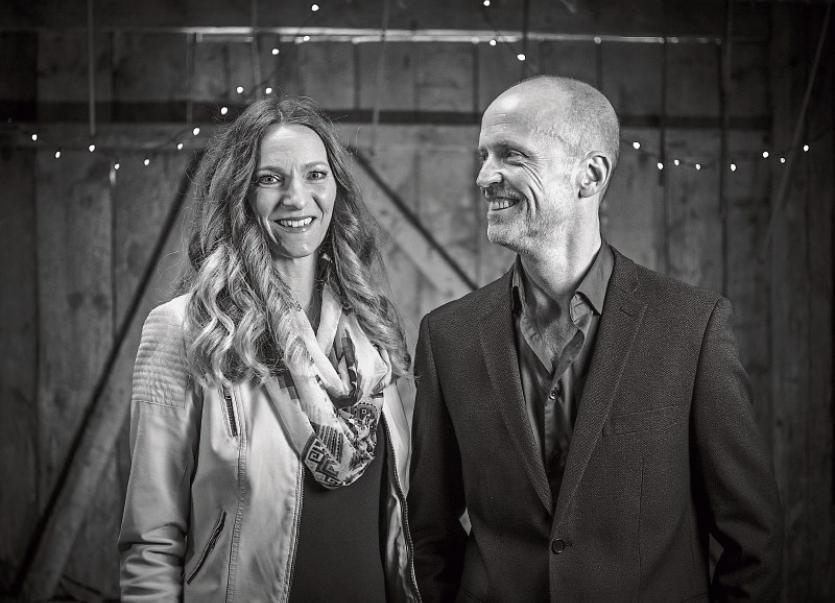 A FORMER Limerick prison guard has firmly broken the barriers into the music scene with his third solo single called Hangin’ On.

Robert Twamley lived in Adare for two years in 2009 as he worked in the prison. In 2010, Robert moved with his wife, Caroline, to Sweden where he now resides with her and their two children.

Robert has been involved in the music arena for several years, performing gigs with his wife even when he lived in Limerick.

He is the son of country music singer Ken Twamley who garnered some success in the eighties with his band Jesse and the James Boys.

Robert continues the legacy of performing country music and explained how his father had an influence on his taste. “Growing up, it was all country music in the house. Specifically American country music. My dad was strictly country but I would kind of listen to everything. The first singles I listened to were ones by Blondie and The Police. I think my music reflects that.”

Robert is certainly correct in saying that. Robert’s music hits all the beats of a country song. His voice easily reminds you of the rustic tones of Conway Twitty. However, it has a softer edge than one would usually associate with country music. His new single Hangin’ On, a cover of Vern Gosdin’s classic, takes a fresh approach on the original. His wife, Caroline, also features on the song, her voice synchronising beautifully with Robert’s.

Robert’s wife used to perform often with him. However, since her love for writing has become more central in her life, Robert has embarked on the music scene by himself. “I decided instead of putting more pressure on her I said I’d go off on my own. She features on my songs every now and then if I find one that suits her voice.”

Caroline, a native of Sweden, has released several books recently. A large chunk of her new book, called Love Roots Ireland, is set to take place in Limerick’s very own Adare Manor.

“We were in Adare Manor a few times,” Robert explained, “and the place must’ve just really interested her.”

Robert says he misses Limerick and is excited for when things begin to open up again and he can return. “I wasn’t in Adare very long but I loved it. Who wouldn’t love it?”