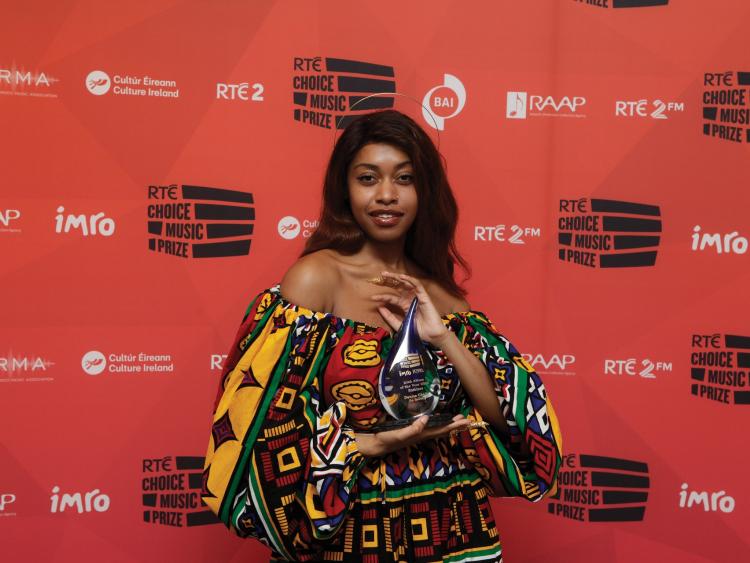 U2’s Adam Clayton made the announcement live after the judging panel, made up of Irish music media professionals and chaired by Jim Carroll, met up over Zoom to decide on the winning album.

As a result of winning the prize, Denise Chaila – who moved to Limerick in 2012 – received a cheque for €10,000, as well as a specially- commissioned award.

Huge congratulations to Denise Chaila on winning #RTEChoicePrize Album of the Year for her debut 'Go Bravely'. An incredible album and a deserving winner. pic.twitter.com/QWkRoHuxtR

She beat a longlist of nine other albums to land the prestigious title at the event, which was broadcast on live  on  RTÉ2FM  this afternoon.

Her album was released on October 2, 2020 and Denise was one of the musical acts featured in the series of remote performances during the Covid-19 pandemic, Other Voices: Courage, in May 2020 which earned her plenty of praise.

A former University of Limerick student, Denise was born in Zambia, before moving to Ireland with her family aged eight.

Upon being nominated, she said her heart was “bursting out of my chest”.

This afternoon, she tweeted simply: “No way” in response to the good news.

RTÉ2 will broadcast a one-hour TV programme of the RTÉ Choice Music Prize, featuring performances from all the acts and interviews by Bláthnaid Treacy, on Sunday March 14th at 11.15pm.